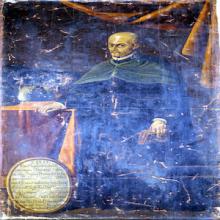 This partially damaged painting depicts Francisco López de Solís, who occupied many posts throughout his career. He served as a lawyer for the Fisco del Santo Oficio, a judge on the high court of both the Philippines and Guatemala. 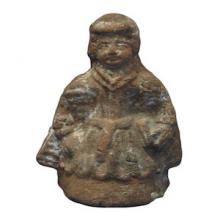 This small piece measures only 9.8 centimeters tall. It depicts a clothed female figure, who appears to be wearing some kind of European-style belted dress with a collar. The Instituto Nacional de Antropología e Historia de México, which houses this piece, notes that these kinds of figures were used in Christmas decorations. It also has traces of stucco. 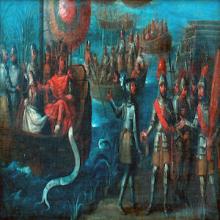 This painting depicts a scene from the conquest of Mexico City by Spanish soldiers (led by Hernán Cortés) in the early sixteenth century. It appears to have belonged to a larger work, but this section is all that remains. The specific events in this portion of the painting focus on the capture of Cuauhtémoc, the ruler of the Aztec people. 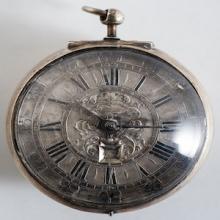 This object dates from the seventeenth century. It features a glass front and silver casing. The inscription reads "Tompion London," meaning that it was manufactured in England’s capital city. Tompion began producing this kind of pocket watch around 1658 with inventor Robert Hooke. Today, the piece belongs to the Instituto Nacional de Antropología e Historia de México. 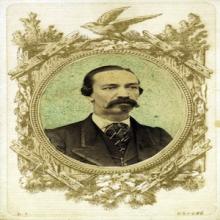 This image depicts an unnamed man with a mustache. It dates from approximately 1880, according to the Instituto Nacional de Antropología e Historia de México, where it resides. The exact origin of this image, or its connection to nineteenth-century Mexican life, remains unclear. However, the document leaves several clues to the identity of the subject. 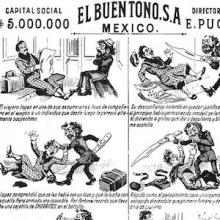 The modern world of journalism and news is a competitive one. To attract readers, newspapers publishing in the same places try to appear unique. Some, like this edition of the New York Post rely on sensationalized headlines and lurid stories to try to catch the reader's eye. 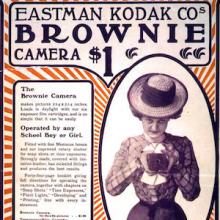 When one evaluates a newspaper or a magazine as a source of information, the question of the intended audience almost always comes up. Who was this newspaper intended for? Who actually subscribes to this magazine? One way to answer such questions is through an analysis of advertisements. 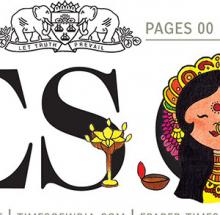 The Times of India Masthead

When approaching newspapers as a source for information, several key questions arise: When and where was the newspaper published? What kind of reader was it intended to reach? Did it have local competitors? What were its political affiliations? In other words, a newspaper's context is important to understanding the newspaper itself. 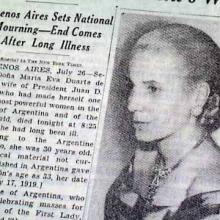 Although newspapers are a popular way to locate facts related to a specific event, because they attempt to cover events as they unfold or before they even have all the relevant information, newspapers often include factual errors and always reflect a point of view. Newspaper reports are frequently incomplete, biased, and/or inaccurate. 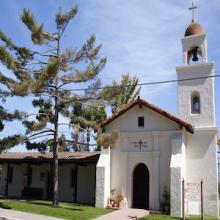 Founded in 1791, the La Exaltación de la Santa Cruz Mission was a Spanish colonial church in Santa Cruz, California. The objective of this institution was the evangelization of the nearby indigenous communities. They included the following peoples: Ohlone, Costanoan, Miwok, and Yokuts. 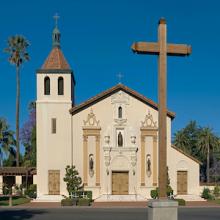 Located today on the Santa Clara University campus in Santa Clara University, the Mission Santa Clara de Asís was originally founded in 1777. Like many other missions nearby, it was created by Francsican missionaries with the permission of the Spanish Crown. These institutions aimed to convert the native peoples to Catholicism and teach them Spanish ways of life. 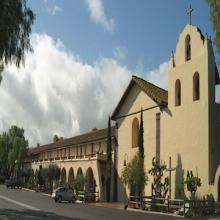 Founded in 1804, the Santa Inés Mission was a church complex designed to convert the local native communities to Catholicism and teach them Spanish ways of living and working. By the time of its establishment, there were already eighteen other missions in California alone, in addition to the dozens of others throughout the modern-day US Southwest. 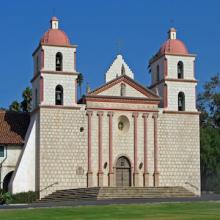 This historic church complex belonged to Spain’s network of missions throughout not only California, but also across the region that today makes up the US-Mexico border. It was established in 1786 and named to honor the specific day of its founding (December 4th), which is dedicated to the Feast of Santa Barbara. By this time, California already had nine other missions in operation. 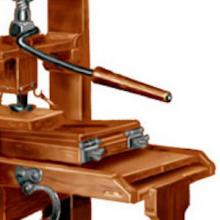 This 1750 wooden printing press is quite similar to the earliest ones invented in Europe in the mid-15th century, which revolutionized communication through the rapid increase and accessibility of information. Print began with individual metal letters placed by hand in special grids. The letters were inked and then paper was pressed on one sheet at a time. 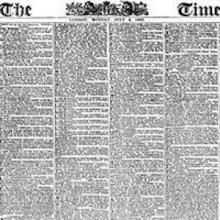 This source represents both the power and importance of context when reading local sources and how the speed of information has changed drastically over time. This is the front page of the Times of London, one of the most complete and accurate newspapers in the world in the mid-1800s, on the morning after the Battle of Gettysburg in Pennsylvania, a major historical event. 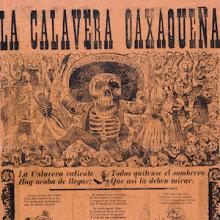 This broadsheet was made my Mexican printer Jose Guadlupe Posada in 1903. The broadsheet itself was called Calavera oaxaqueña, of "the skull from Oaxaca," in reference to the rural city it was published for. The broadsheet also depicts Posada's popular use of the images of skulls and crossbones, in addition to his use of print in general, as a political and cultural critique. 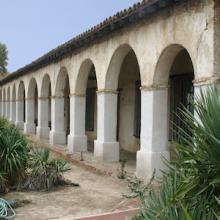 The San Miguel California Mission was founded in 1797 by a Franciscan friar who was operating on orders from the Spanish Crown. Its namesake originates from the dedication of the complex to the Archangel Saint Michael. 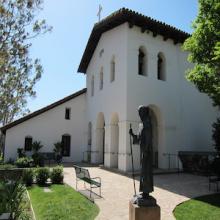 This historic church was founded in 1772 by Spanish friars. Spain established dozens of churches throughout the US-Southwest region during the seventeenth and eighteenth century in an effort to convert the native peoples who lived there to Catholicism. These missions also helped the Crown stake its claim over the territory which was otherwise sparsely populated. 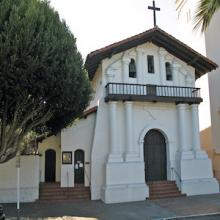 Located near the modern-day city of San Francisco, California, this historic church was established by Spanish friars in 1776. It is also known as the Mission Dolores. Its cemetery, which houses the burial sites of indigneous individuals who lived, worked, and worshipped at this complex, remains largely intact from the eighteenth century. 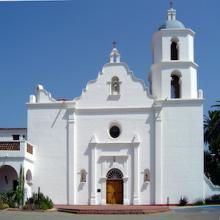 Founded in 1798, this church belonged to the extensive network of Spanish colonial missions not only in California, but along much of the US-Mexico border. Through the eighteenth century, this region operated as the frontier zone between territories claimed by Spain, France, Britain, and indigneous groups.