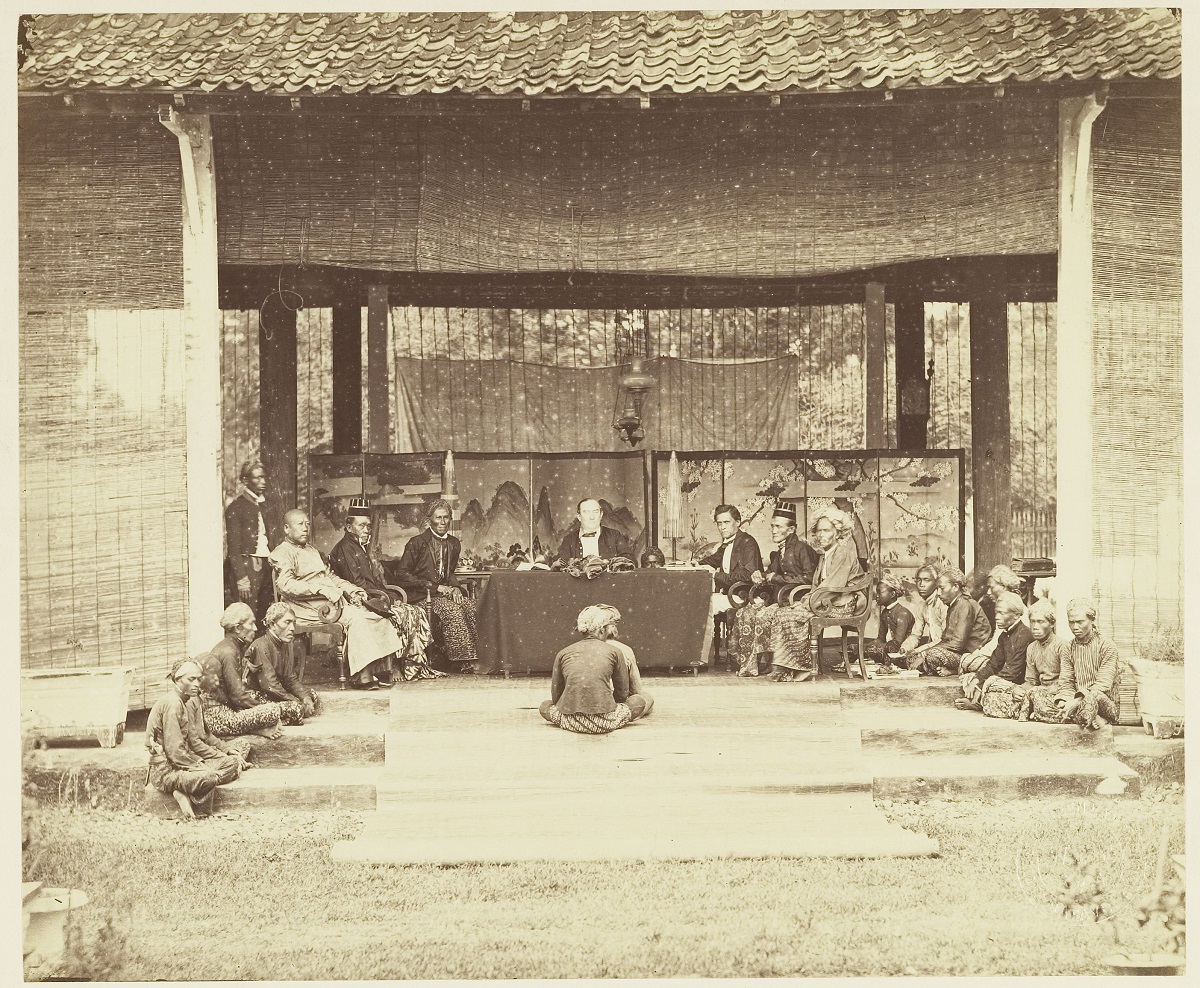 This is a photo of a mixed colonial law court, the landraad, in Pati, a town located on the island of Java, now part of Indonesia. The photo was made by the British photographers Woodbury & Page on the request of the bupati (regent) Raden Adipati Ario Tjondro Adhi Negoro. We know the names of a few of the court members. Seated on the chair on the left side is the Chinese Captain Oei Hotam. The third chair on the left side is occupied by the Javanese bupati (regent) Raden Adipati Ario Tjondro Adhi Negoro. Seated in the middle of the table is the Dutch resident P.W.A. van Spall, who is assisted by the Eurasian secretary H.D. Wiggers. Seated on the chair at the utmost right side is the Javanese-Islamic advisor penghulu hadji Minhat. The photo is taken around 1865, two centuries after the painting of the market in Batavia was made, when the Dutch had moved beyond the larger cities and colonized large parts of the island of Java. Control over coffee, indigo and tea plantations, sugar, later rubber – all supported by a growing colonial criminal law system – were the most important colonial reforms, with profound consequences for the Indonesian population of Java, Sumatra and increasingly also other Indonesian islands. The number of mixed courts, of landraaden, in Java increased from 2 in 1800 to 89 in 1874. Until the end of colonial rule in 1942, the landraad continued to function as a mixed court with all original officials present.

Questions for discussion: Who and what do you see on this photo? What do the cloth and objects tell you about this law court and its members? The photo was made on the request of the Javanese bupati; how might this influence the depiction of the court and our impression of this law court as a modern viewer? What kind of court cases were adjudicated at this law court? What is different and what is similar about this depiction of Java, compared to the seventeenth-century painting of the market in Batavia?

This source is part of the teaching module spatial histories of law, race, and empire.