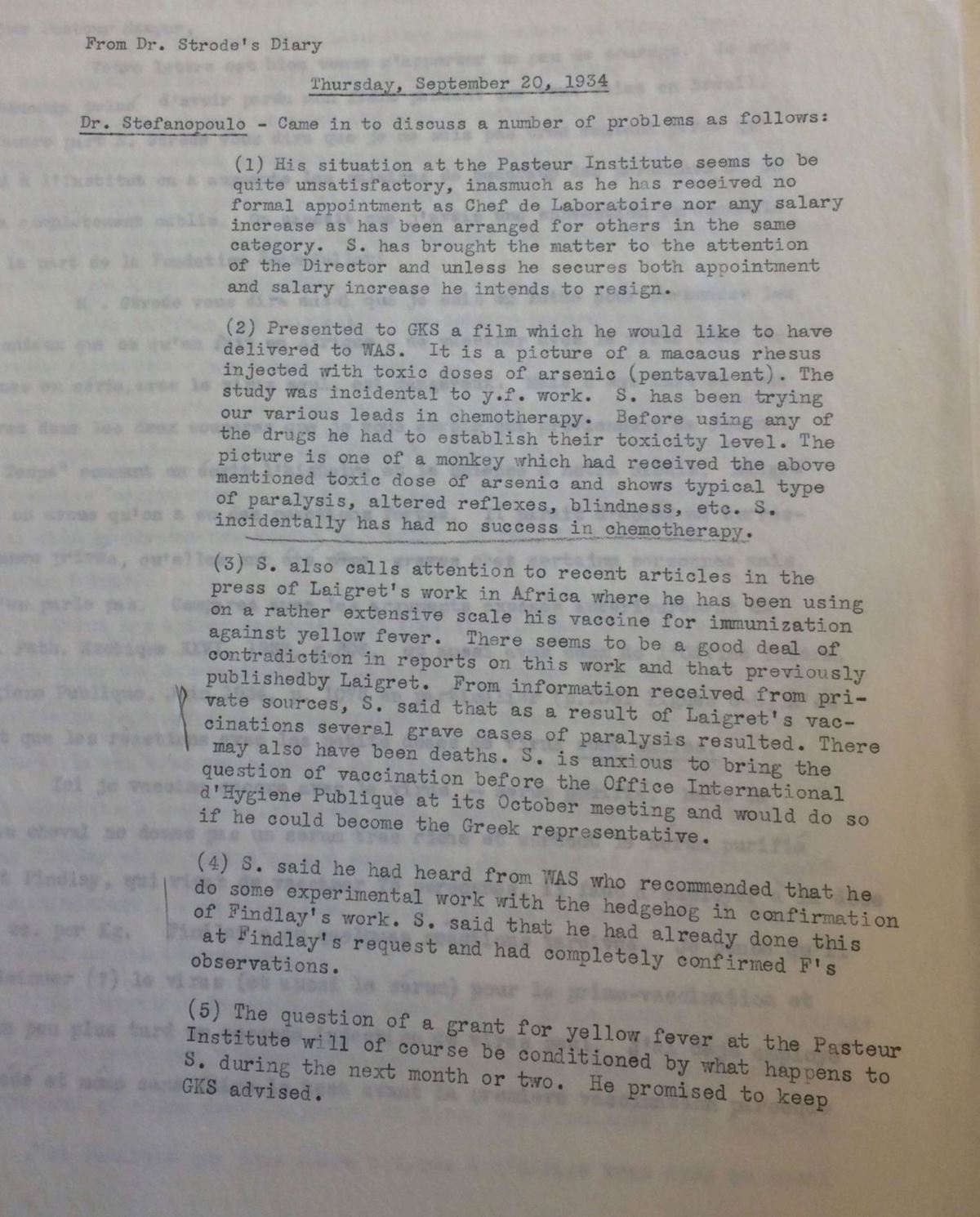 The creation of the yellow fever vaccine turned out to be quite controversial. Many of these controversies are revealed in documents such as this summary of correspondence between Georges Stefanopoulo, a Pastorian microbiologist, and his colleagues at the Rockefeller Foundation in New York. In section 3 of the report, it is noted that Stefanopoulo had concerns with Jean Laigret’s vaccine, which he believed to have caused cases of paralysis, contrary to official reports of trials in Africa, reporting unqualified success. The source also shows the changing landscape of international medical science. The Pasteur Institute, once a central hub of microbiological research, was having increasing difficulties retaining its scientists, while the Rockefeller Foundation was increasingly providing grants to European researchers, such as Stefanopoulo. The collaborative-competitive dynamic between the two institutions characterized much of their interactions in the 1920s and 1930s, including the development of the yellow fever vaccine, which, at least to some Pastorians, became a race to prove the French still held the upper hand in microbiological research.

This source is part of the teaching module on transnational effort to control yellow fever.