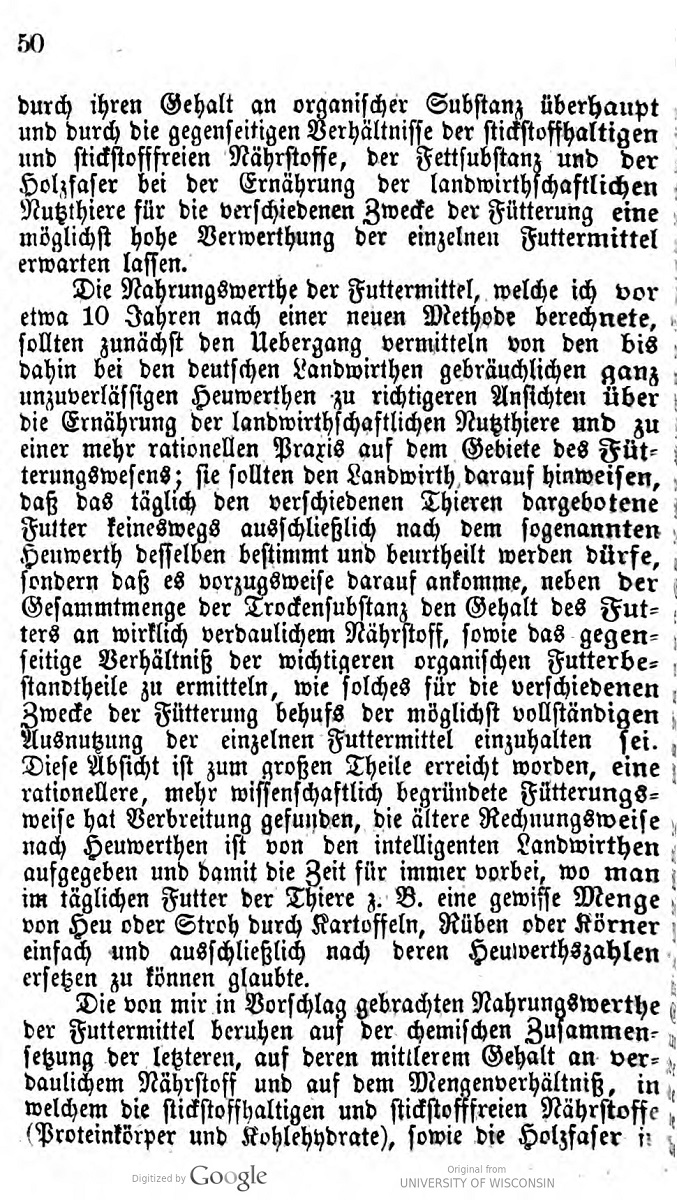 In 1864, for the first time, Emil Wolff did not include hay values alongside nutritional components in the data tables published annually in the calendar. In this accompanying article, Wolff reframed his previous translation into hay values as merely educational. The contrast between the hay values and the nutritional values had been intended to transition farmers to the correct system of nutritional values. Instead of hay values, Wolff added columns for the nutritional values of phosphoric acid and calcium oxide, minerals which scientists could now detect in chemical analysis and found to be important in nutrition. Scientific complexity replaced ease of use. He explained this decision as the result of the complexity that scientific research had found in the subject of animal nutrition. Improvements in chemical analysis and new experimental findings about nutrient digestibility, especially in certain nutrient combinations, made the compromise of single equivalent values between feeds impossible. He essentially told improvers that scientists’ knowledge had superseded theirs irreversibly.

His description that “intelligent” farmers had adopted his scientific feeding method was less a description of reality but an implicit threat. If farmers rejected scientific feeding, they were backward and stubborn conservatives of yesteryear. Scientists frequently identified farmers who used their suggested methods as intelligent, progressive, turned towards the future. Using scientific methods became a form of distinction. If farmers decided to use scientific methods and could even afford to do so, they were better than their neighbors who did not.

In truth, however, few “intelligent” farmers had yet transitioned when Wolff proclaimed it a fait accompli in 1864. His statement was more a strategy to claim authority than a description of fact. It expressed scientists’ worldview in which only science could provide the answers improvers needed. When Wolff proclaimed the hay values a thing of the past, the improver editor of the calendar, Oscar Mentzel, included them right underneath Wolff’s tables at least until 1869. He anticipated the demands of his audience. It was a slower and more contested transition than Wolff made it out to be.

This source is part of the teaching module on agricultural knowledge in the late nineteenth century.