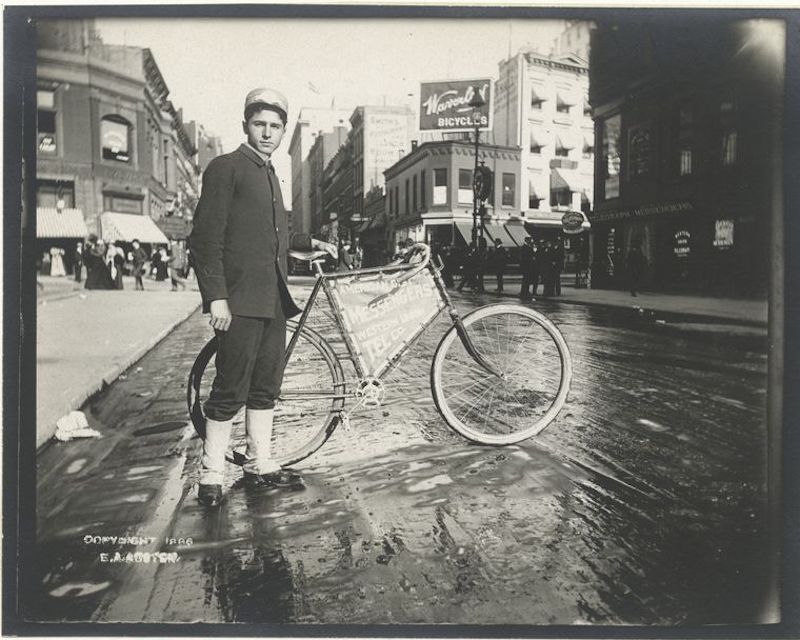 The New York Public Library Digital Collections is a vast database of material primarily, but not exclusively, documenting 19th- and 20th-century life in the U.S. The collections are composed principally of visual sources, and include digitized versions of such material as rare prints and photographs, scanned images from books, sound files, and moving images.

The NYPL Digital Collection provides access to over 755,000 images digitized from primary sources and printed rarities, including illuminated manuscripts, vintage posters, illustrated books, and printed ephemera. The topic index lists 2772 results treating subjects related to children and over 1000 links to topics treating girls; both demonstrating enormous spatial, temporal, and subject breadth. Entries vary from street photographs from 1936 New York City to a 1778 engraving of a Patagonian woman and boy to illustrations from an American anti-slavery tract from 1836.

The NYPL Digital Gallery is also organized into separate collections concentrated on topics related to children, including: Children’s Book Illustrations and the and the Cigarette Card collection.  In the late 19th and early 20th centuries, tobacco manufacturers issued these trade cards to stiffen cigarette packaging and advertise brands. This collection includes several subsets depicting children that students can search for, such as “Children with rosy cheeks” and “Children of all nations.” In the latter, we see national stereotypes crystallized. England is a blonde youth in a school-boy uniform, while Mexico is a peasant. Canada is not present at all!

In other cases, we see advertisers depicting children as small adults, rather than emphasizing a particularly distinctive era of childhood. See, for example, this Easter trade card from L. Prang & Co.

Instructors and students could study the use of children in advertising across time and by various industries. In addition to the cigarette cards, a subject search within the Digital Gallery of children and advertising yields a further 376 illustrations. These and other images available in the Digital Gallery can be used to examine the changing associations that Western (and world) societies have created with childhood in different periods, and to what different purposes they have used these associations.

Instructors might wish to consider the limitations of the sources pertaining to childhood available at this website. Children are the most voiceless of all possible historical subjects. The sources children generated to depict their realities are all but non-existent.) On this website as in most contexts treating the history of children, we are, thus, always dealing with outsiders' views, looking in at (or more often, literally down upon) these historical subjects. In all of these sources, what we almost always witness is a viewer's construction of children and childhood. In the images contained in this site, however, the degree to which this construction occurs ranges from the blatant, as in this 1874 Children’s Aid Society advertisement to the more subtle "Some typical Cuban faces - Santiago, Cuba 1899."

This latter photograph illustrates another shortcoming of many of these sources: the absence of expansive information about the context in which they were created or which they depict. Often, we know no more than the date on which an image was generated. Therefore, history teachers would likely wish to preview the sources they select for students to use and to present relevant background information about production and purpose of the source whenever possible.