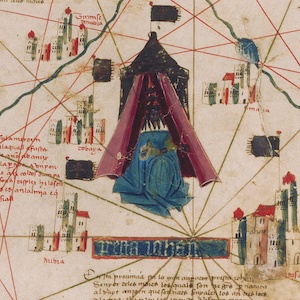 The medieval Genoese ranged from China to the Atlantic, and their experience in navigation, the sugar industry, and the slave trade were the elemental foundation of Iberian colonial expansion. The ancient Phoenicians may have accomplished the circumnavigation of Africa, and here we find evidence of western Europeans attempting it long before the famous voyage of Vasco da Gama in the late fifteenth century. This curriculum contribution uses medieval cartographic evidence to illustrate this often hidden history, and to assist fellow teachers in encouraging our students to go beyond textbook accounts, and to grapple with conflicting and contested narratives about the rise of Europe and why it continues to matter for us today, as scholars and citizens.