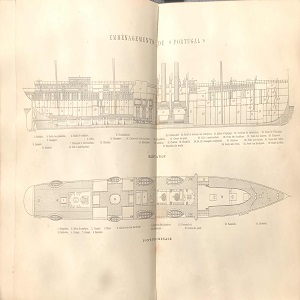 For a long time, historians tended to study colonial empires of the 19th and 20th centuries one colony at a time, or through the relationship of one colony to its metropole. Increasingly, though, historians are interested in studying global empires as interconnected systems that shaped globalization by channeling the flow (or lack thereof) of people, goods, and ideas through imperial pathways. Parsing examples of intra-imperial, inter-imperial, and trans-imperial circulations, this module suggests a few ways in which we might consider the French Empire of the 19th and 20th centuries as a circulatory system that spread limited resources across far-flung territories. Ships and shipping lanes, I propose, are ideal places to conduct this kind of analysis.