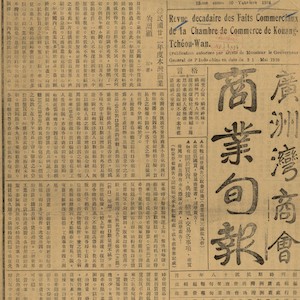 Colonialism and imperialism can take many forms, but more often than not these do not entail direct and strict control from a distant imperial metropole. As a matter of necessity, empires must work with local agents, and perhaps counterintuitively, empires can create uncertainty over territory and legal jurisdiction that offer opportunities for individuals and social groups that might not have them otherwise. We can see these dynamics at play in the treaty ports, leased territories, and concessions of Western imperial powers (and later Japan) throughout East Asia in the nineteenth and twentieth centuries. The primary sources referenced in this module can be viewed in the Primary Sources folder below. Click on the image or texts for more information about the source.
This short teaching module includes guidance on introducing and discussing the three primary sources.