The Historias Podcast fits nicely within the genre of academic podcasts focused upon a geo-cultural region. A nine-person team of professors at The Southeastern Council of Latin American Studies (SECOLAS) produces the weekly podcast. Like the Africa Past & Present podcast, Historias uses a standard interview structure to highlight recent scholarly research and to discuss pressing current events.

The Historias Podcast boasts 106 episodes of about 30-60 minutes. The specificity of the topics have echoes of an academic journal, such as “Brazil Itaipu Dam,” “Technology and the Body in Postrevolutionary Mexico,” and “African Spiritualism and Emancipation in Cuba.” Given the academic credentials of the hosts and the guests and the nature of the topics, it is no surprise that the conversations are scholarly, highly specific, and meant for an educated and interested audience. This is not a general interest series, but rather one for students or professors in higher education.

Much of the focus of the podcast seems to be as a venue for scholars to discuss their research through a medium beyond the academic journal. The back-and-forth of the voices in the interview adds a level of engagement to the episodes. Additionally, of some interest to a general audience are episodes that bring in 3-4 experts to discuss current events. These episodes, such as “Pandemics in Latin American: Then and Now” and “Slavery in Latin America,” function more as a real conversation trying to unravel an issue as opposed to showcasing someone’s work. Surprisingly, the pandemics episode did not address the most important example of disease in the region: the smallpox pandemic of the 16th century. Possibly this choice is because more obscure epidemics hold more interest for scholars well-versed in the ravages that diseases wrought after the Spanish and Portuguese arrival in the Americas.

Historias is a major contribution to academic podcasting about Latin America. The conversations are rich, detailed, and erudite. For an undergraduate and graduate school audience, this podcast is a welcome addition to the field. The podcast could serve as a useful tool for Latin America experts to stay up-to-date on scholarship, for professors in other areas to broaden their knowledge of Latin America and establish relevant connections, and for students to engage in analysis of “texts” beyond the written word.For teachers and students in secondary school, unfortunately, this podcast proves to be less useful. 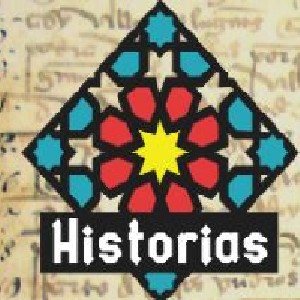 “The podcast could serve as a useful tool for Latin America experts to stay up-to-date on scholarship, for professors in other areas to broaden their knowledge of Latin America and establish relevant connections, and for students to engage in analysis of “texts” beyond the written word.”