Short Teaching Unit: The Omani Empire and the Center of the Emerging Global Economy, 1500-1850 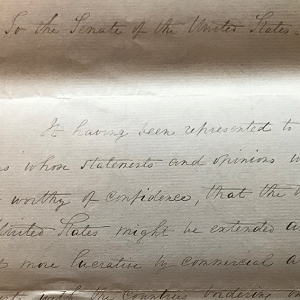 This essay pushes back against European-dominated narratives of world history to suggest that the Omani Empire was a crucial space for the emergence of our present-day system of global capitalism. By 1850, the Omani Empire was a marketspace with its capital in Zanzibar, stretching from there north to the Persian Gulf. Most broadly, understanding the Omani Empire’s crucial role in helping forge our present-day global economic system is important for seeing the continued historical relevance of the Indian Ocean world.