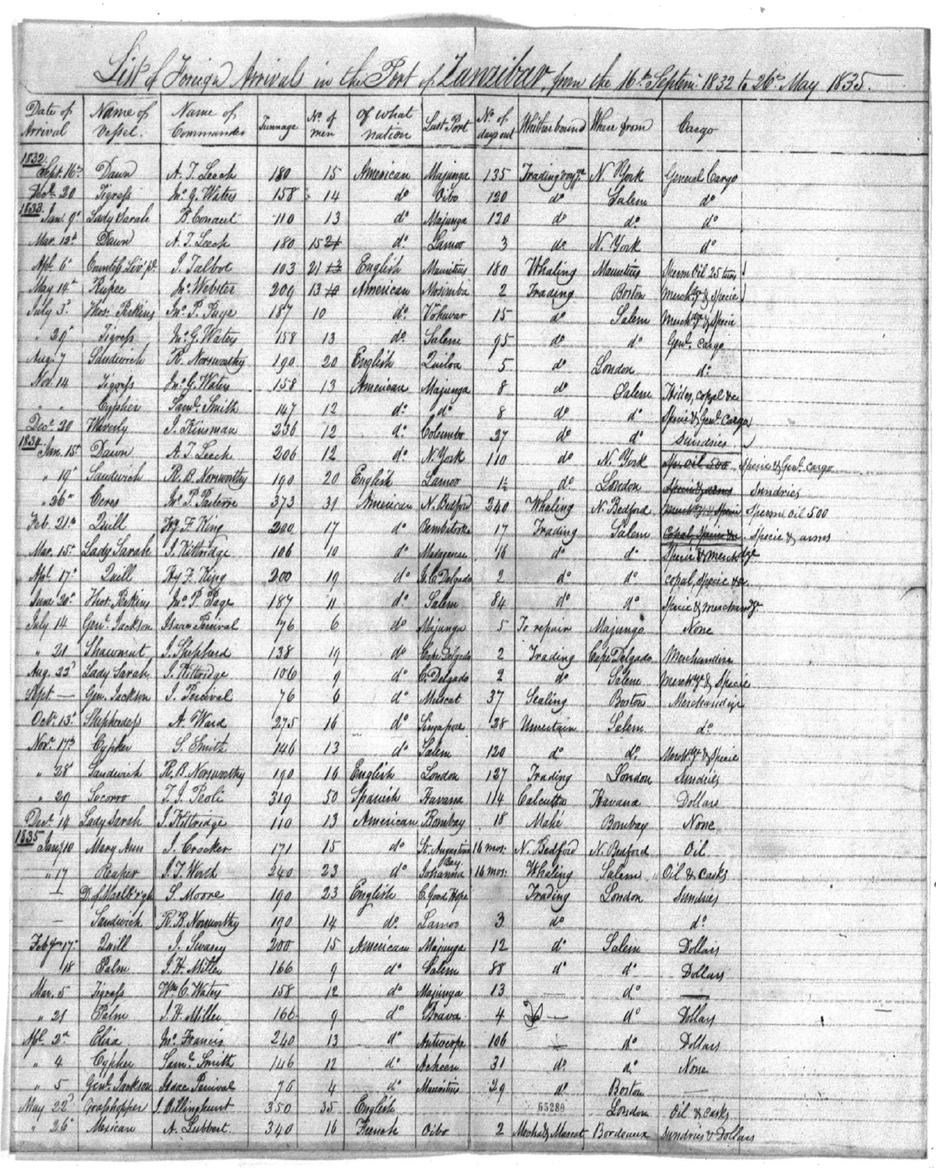 First, we see that American shipping dominated the foreign commerce of East Africa. Contrary to conventional notions that the Indian Ocean was a “British Lake,” the British actually did not play a large commercial or political role in the region until at least the second half of the nineteenth century. If we were to compare this source with others as the years progressed into the 1840s and 1850s, we would see certain other patterns emerge. First, we would see how individual ships increased their velocity of circulations between Zanzibar and New England. Note, for example, how the Dawn arrived in Zanzibar on September 16, 1832, again on March 13th, 1833, yet again on January 15, 1834, and so on. This was a period of time in which velocity of circulation to and from places like Zanzibar became of prime importance for merchants – it was like today’s Amazon Prime same day shipping in the making. Coinciding with this is how merchants increasingly began to export their goods directly to foreign markets, with as few mid-trip stopovers as possible. You see here how many of the ships arrived in Zanzibar directly from New York, Boston, or Salem. Some of course, also arrived from places like Mauritius, Cape Delgado, or Majunga – meaning they had stopped over there for various reasons, like repair or to replenish fresh water supplies. As the years progressed, the number of times ships stopped-over midway continually decreased, more and more going from one port to another across the world.