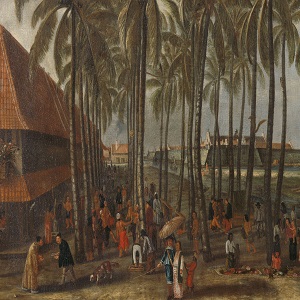 Law is not only to be found in doctrine and documents, but also in structures and materials, in buildings and in cloth, in paintings and in photos. World historians use visual and material evidence to examine colonial courtrooms and other imperial legal spaces and to address broader questions of law, race and empire. This module uses a painting and a photograph from colonial Indonesia as examples of the construction of legal spaces within larger colonial dynamics and ethnic hierarchies.