Functioning primarily as the personal blog of historian Benjamin Breen (who can also be found here on Twitter), Res Obscura stays true to its by-line by being ‘a catalogue of obscure things’. Breen’s site features a grab bag of historical musings by the author, these ranging from hyper-specific posts on why there are so many 17th century paintings of monkeys getting drunk to much broader explorations on issues such as drug advertising through the ages, or how Brazilian nature was visualised in early modern Europe.

Each post features a short, mostly informal write-up of the topic at hand, with text often being interspaced with a variety of images that pertain directly to the discussion. Hyperlinks within the text also lead readers to additional academic resources, this sometimes being complemented with a ‘Further Reading’ section at the very end. As the site hosts content from as far back as 2010, it is worth making a note that newer sources might have been published since then – though with that being said, this certainly does not take away from the usefulness of these additional resources.

Given that Breen is clearly driven by topics he personally finds interesting rather than an overarching research area or theme, the site functions like curio-cupboard of sorts, whereby readers are invited to briefly explore a relatively obscure historical topic. General tags such as ‘Seventeenth Century’ and ‘Visual Culture’ have the most number of posts, but readers will also find content for more specific areas such as ‘the Occult’, ‘Body Art’, or even ‘Cannibalism’. While not intended to join the ranks of more academically inclined sites that offer primary sources or teaching curricula, Res Obscura still holds its own as a place where readers will inevitably be able to expand their historical repertoire. It is also worth noting that Breen used to send out monthly newsletters featuring a hand-picked selection of historical posts, articles, and resources from around the web. While these seem to have stopped in 2018, an archive of old newsletters is still available on the site and promises many additional hours of good reading.

Breen has an entertaining, conversational writing style and his copious use of images to illustrate each point makes his site easily accessible to most, if not all audiences. Correspondingly, instructors seeking to provide examples of engaging popular/public history will find a trove of content here. Classrooms can thus consider activities such as breaking down why these posts work in an online, public-facing medium, or even use particular posts as a springboard into conducting more in-depth studies of a topic. Breen has a knack for piquing one’s interest in obscure topics and instructors may do well to use those as gateways into conversations about broader historical issues. This post on isochronic maps (i.e. maps that show areas from a point that can be accessed within a timeframe), for instance, might inspire conversations about cartography and its uses in history.

On a more technical level, the site is relatively simplistic. Arriving on the landing page, readers will encounter a clean two-column set up: posts in the middle and a list of tags/labels on the right. Barring the tags (some of which are also accessible as a cloud at the bottom the page) and a button for older posts, there is little else available in terms of navigation. The lack of a search bar might make this a frustrating experience for some, but Breen has tagged his posts meticulously enough for most readers to find specific content.

Though it is highly unfortunate that the site has not been updated since 2019, it still remains a great introduction to writing solid history in an informal context. Motivated students will also find this an excellent warren of historical rabbit holes to go down. It is rare to find a collection of such interesting and well-researched topics in one place, and Breen has done well to compile this collection. 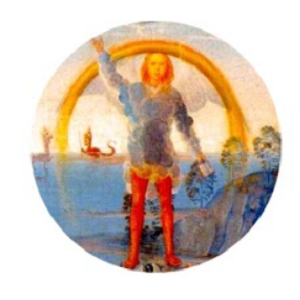 “Functioning primarily as the personal blog of historian Benjamin Breen, Res Obscura stays true to its by-line by being ‘a catalogue of obscure things’.”