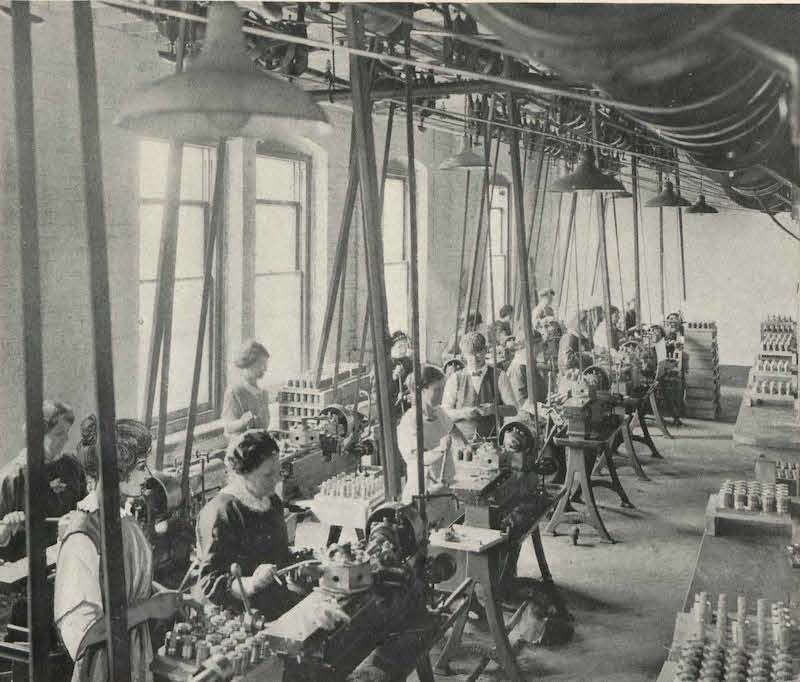 “There is also a great deal of material on the foundation of female education and on the women’s suffrage movement.”

This comprehensive database is one sub-section treating “Women’s History” included within the main Early Canadiana Online (ECO) site, which also provides valuable material that instructors can use to contextualize this material.

While spanning an eclectic variety of topics, from the 18th-century Acadian deportation to the correct performance of caesarian sections, the site is particularly strong in material dealing with the experiences of immigrant women and the challenges they faced as they attempted to establish households in the demanding circumstances of Canada’s “backwoods.” (The site includes numerous publications by Susanna Moodie and Catherine Parr Traill, Canada’s two most celebrated female pioneers).

There is also a great deal of material on the foundation of female education and on the women’s suffrage movement. While the majority of the texts are in English, more than 80 are in French and a number contain engravings. Readers view scanned versions of predominantly published sources from the 19th century, but the site also includes occasional documents written in the 18th century and reproductions of 17th-century tracts. An example of the latter is Marie de l’Incarnation’s Ursuline catechism from the order she founded in Quebec.

Access to some portions of the larger ECO collection is restricted to subscribers, but the “Canadian Women’s History” collection is fully accessible to all viewers. The site’s current organization only allows readers to access material through a search function, but there is no browse feature, so readers unfamiliar with likely topic keywords may find locating material difficult. Further, the parameters of the search function for the general site are somewhat confusing. When “Catherine Parr Trail” is searched from all the entire Early Canadiana Online database, 1415 results are returned. However, when one enters name is used only to search within the “Women’s History” collection, there are only 10 results, so users might be wary of restricting themselves only to the “Women’s History” sub-category. The most recent version of this website also offers no supporting materials beyond the primary sources themselves, so instructors will likely have to pair their use of these materials with biographical and contextual material found elsewhere. A good starting place for many would be the site of the Canadian Encyclopedia. Readers may easily browse through an index of the “Women’s History” collection, or search for material by author, title, or subject. It is also possible to search the entire body of the ECO’s texts by keyword, which may yield useful findings not contained within the Women’s History collection.

Instructors may find it helpful to take advantage of the some of the resources ECO provides at its general website. “Lesson Plans“ offers about 10 thoughtful high school lesson plans on such topics as everyday life in 19th-century Canada, orphans in Quebec, and women’s rights.

“Canada in the Making“ contains brief overviews, teaching material, maps, images, bibliographies, and more primary source documents dealing with two important areas of the Canadian past: Aboriginal Treaties and Constitutional history. The latter focuses on Canada’s ongoing attempted reconciliation between the country’s French/Catholic and English/Protestant populations. There is also a section devoted to the development of the Hudson’s Bay Company, an institution predominantly responsible for the movement of Europeans to the Canadian west. Teachers might introduce students to one of these subject areas and then use primary source documents from the “Women’s History” collection to investigate how developments in any of them affected women’s experiences, asking students, for example to examine the results of Canada’s aboriginal treaty-making practices as expressed by an author such as Susanna Moodie.

Besides using documents from “Canadian Women’s History” to discuss the gendered dynamic of Canada’s 19th-century experience of nation formation, this site also contains plentiful material that instructors could use to study the construction of both feminine virtue and vice within a particular historical context. Teachers might use such promising texts as Dress and health, or How to be strong: a book for ladies or Hannah Smith’s The Christian’s Secret of a Happy Life in order to evaluate the foundations of this society’s notion of feminine virtue. Or they could compare this vision with the threats to feminine norms portrayed in the debates surrounding “The Campbell Divorce Bill“ or, most enticingly, Mary Huestis Pengilly’s journal of her experiences in New Brunswick’s provincial, a lunatic asylum.