The Slave Societies Digital Archive (SSDA) is an extensive and important repository that locates, collects, and digitises primary source material related to Africans and their descendants in the Atlantic World which are under threat of being damaged or destroyed. Containing over 700,000 digital images of over 2,000 volumes of ecclesiastical and local government—primarily municipal and provincial—records, the SSDA maintains records on approximately four to six million individuals in its holdings.

Holding archival material on slave societies in Brazil, Colombia, Cuba, Florida, Angola, Benin, and Uruguay, the SSDA fills the gap left by the continued dominance of the United States and Europe in the history of slavery by providing researchers with rare and oftentimes difficult to locate records on under-examined locales in the trans-Atlantic slave trade. The Brazil, Colombia, Cuba, and Florida sections on the website have been the most extensively developed, containing pages that outline the collection, the collections themselves, a list of the project’s team members, transcriptions of the textual records, and additional resources. The Angola section contains an overview of the role played by the port-city of Luanda in the slave trade and a summary of the Luanda collection but unfortunately the records themselves are not publicly available on the website and can only be consulted physically at Vanderbilt University’s campus in Nashville, Tennessee. Similarly, the section on Benin only contains a backgrounder on Ouidah serving as the second largest slave port in the Atlantic slave trade but does include links to the single digitised volume of baptismal records contained within the collection. The website’s page on Mexico contains a short history of Guadalajara’s relationship with slavery—available in English and Spanish—and mentions the archival material held within the SSDA collection but curiously contains no links or mention of whether these are only available at Vanderbilt. Finally, the Uruguay section examines the history of slavery in Colonia de Sacramento and the available historical records as well as a link to the data, which has been rendered as a pivot table.

Zooming in to some of the archival material itself, the primary sources on offer include religious documentation such as baptismal records, confirmations, petitions to wed, wills, and annulments as well as local government records including bills of sale, property registries and disputes, dowries, and letters of manumission among others. The records are available in different formats, with some being available on the site as images, some available through links to PDFs of transcriptions hosted on Google Drive, and others available as high-resolution images of digitised originals that can only be seen on the Vanderbilt University Library’s website.

While primarily designed for researchers, it is still nevertheless possible to use the SSDA in an educational setting. One possible option, though admittedly challenging, would be to get students to trace a single individual through the records and reconstruct their life history on the basis of the available record—or perhaps even reading against it. Alternately, teachers can select some of the handwritten records and provide them to students as a means of practising palaeography, though this option really only applies in more advanced courses that involve a language component as well considering most of the sources are in Spanish or Portuguese.

An expansive archive which documents understudied slave societies, the Slave Societies Digital Archive is a valuable tool for researchers. By giving endangered historical records a permanent (digital) home, it plays an invaluable role in ensuring that the lives and stories of millions of African men, women, and children who suffered the indignities of the Atlantic slave trade will not be lost to the ravages of time. 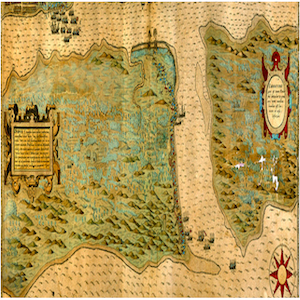 “By giving endangered historical records a permanent (digital) home, it plays an invaluable role in ensuring that the lives and stories of millions of African men, women, and children who suffered the indignities of the Atlantic slave trade will not be lost to the ravages of time. ”