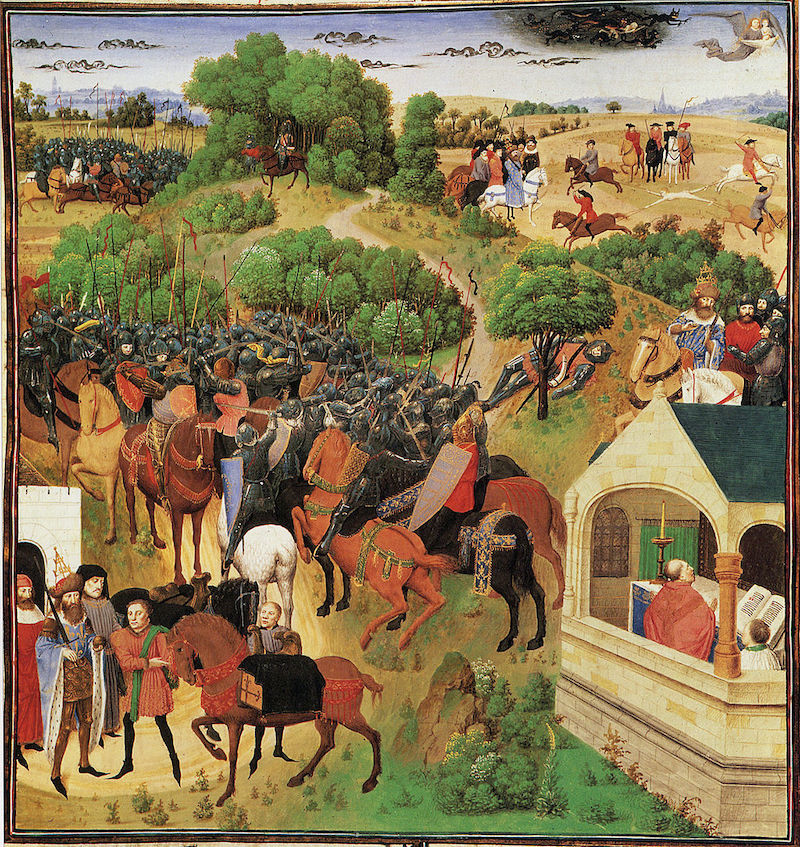 “The great advantage of this site is that primary sources have been assembled and categorized by a trained medievalist and active teacher, so that they are appropriate for a wide range of introductory history courses.”

This site is the brainchild of Paul Halsall. It is part of the Internet History Sourcebooks Project, dealing not only with ancient, medieval, and modern Western history, but also with the histories of Africa, China, science, and sexuality, to name only a few. All the sourcebooks aim to provide reliable primary sources in translation, grouped according to historical theme; given Halsall’s training as a medievalist and Byzantinist, the Internet Medieval Sourcebook is arguably the heart of the collection.

“Selected Sources” offers more than 25 groups of sources categorized by historical themes such as “Studying History,” “Celtic World,” “10th-Century Collapse,” “Empire and Papacy,” “England,” “Jewish Life,” and “Sex and Gender.” This part of the site aims to provide teachers and students with shorter selections from primary sources illustrating specific historical themes. For example, in “The Kingdom of Jerusalem” (a sub-category of “The Crusades”), the user finds a section on “Christian-Muslim Interaction,” nicely exemplified by texts such as Usman ibn Munquidh’s observations on the behavior of European knights in the Levant. A navigation table for “Selected Sources” appears on most pages of the entire site as well.

“Full Text Sources” furnishes complete primary sources in translation, as its name indicates. Texts are organized into 15 categories such as “Church Councils,” “Byzantium,” “Islam,” “Medieval Thought,” and “Renaissance Texts.” More appropriate for student research projects in upper-level courses, this section of the site is particularly strong on church and intellectual history. Extensive links are available to the complete texts of church councils, patristic texts, and the works of ecclesiastical and monastic historians. This section also contains a solid selection of literary sources such as Beowulf, the Nibelungenlied, the Song of Roland, the Poem of the Cid, and the works of Chretien de Troyes and Chaucer, all texts that are frequently assigned in introductory courses. Medieval legal texts and Reformation-era sources are also represented.

“Saints’ Lives” offers approximately 300 vitae and related sources from the apostolic era through the postmedieval period and from western Europe to the Byzantine East. In addition to well-known texts such as Bede’s Life of St. Cuthbert, this section contains recently translated lives such as that of the 9th-century St. Liutberga. These vitae vividly illustrate medieval attitudes towards the relationship between the living and the holy dead. One useful project would be to assign groups of students the task of further categorizing saints’ lives according to type or hagiographic motif, and then to explore with students why medieval authors attributed certain characteristics to different types of saints.

The great advantage of this site is that primary sources have been assembled and categorized by a trained medievalist and active teacher, so that they are appropriate for a wide range of introductory history courses. Indeed, the site contains a list of instructors and courses making use of the Internet Medieval Sourcebook (current, alas, only as of 1998). The same page offers testimonials by various instructors on their use of the site. Some noted that the Internet Medieval Sourcebook can profitably replace the traditional print sourcebooks often assigned; others described how they incorporated the site into student paper assignments.

One understandable drawback to this site is its reliance on older translations for copyright reasons. However, Halsall has secured permission to reproduce some recent scholarly translations as well.

This site’s greatest failing is the large number of broken links due to the lack of site updating since 2001. Happily, virtually all on-site links (the majority of sources provided) still seem to work smoothly. The Sourcebook’s greatest strength—its creation by a competent, hard-working scholar—is also its weakness, since URL failures are inevitable in a site like this (i.e., human-constructed and not dynamically generated). Teachers using the site should carefully check links to other websites before assigning them to students.