This is a Buddhist religious site hosted in Los Angeles by an American monk, Rev. Kusala, who was ordained in the Vietnamese Zen (Chan) tradition. The site is designed to introduce contemporary Buddhism to the public and to serve as an informational source. It is supported by an organization called Urban Dharma that seeks to “be a resource for Americans interested in Buddhism, and to present the Buddha Dharma in a useful and understandable way.” Although many of the essays are intended to promote Buddhism and a Buddhist religious perspective, the site also includes English translations of important early South Asian documents.

Information on the site is conveniently broken into categories such as Buddhist History, America, Women in Buddhism, and Special (where many of the more directed religious essays are found).

Although many of the sections could be of use when teaching about contemporary Buddhism or the issues surrounding Buddhism’s growing popularity in America, for most world history courses the section entitled “Sutra” will be of primary interest. The word sutra (or sutta in the Pali language) stems from the same root as the English words “sew” and “suture” and literally means “thread” in Sanskrit. The term also refers to a type of Buddhist religious text that contains the core or thread of a larger argument. These sutras are often attributed to the Buddha himself and are frequently intended to be memorized. As such, they hold an important place in the Buddhist literary tradition and can be a wonderful way to begin a discussion on the importance of Buddhist ideas to the development of South Asian philosophy and ethics. Eight such texts are translated here. Unfortunately, the transitions between the actual translation and the analysis provided by the translator are not always clearly demarcated, which may lead to some confusion.

The translation of the “Turning of the Wheel Sutta” and the Eightfold Path work well as an introduction to early forms of Buddhism. The text of the “Turning of the Wheel Sutta” is translated quite literally and therefore can be a bit difficult and jargon-laden in parts (for instance, not everyone will know that a bhikku is a monk). Fortunately, the sutra is followed by a helpful explication of the text by Narada Maha Thera who does a fine job of providing the needed background. This sutra is perhaps most notable in establishing the Middle Way, a path that avoids the extremes of wealth and self-deprivation in order to engender the non-attachment that is needed to overcome suffering. Likewise, the Eightfold Path succinctly sets out the areas of ethical concern that need to be addressed before spiritual progress can be made.

Another portion of the site that is well worth incorporating into any course on the history of India is the translation of “The Edicts of King Asoka” (Ashoka). This material can be found in the section entitled “Buddhist History.” These edicts have been collected from all of the known royal inscriptions left by King Ashoka who ruled the Mauryan Dynasty in the 3rd century BCE. The present translation is a collection of these royal decrees, which were posted on stone pillars or on large rocks located throughout Ashoka’s immense empire. They represent one of the earliest South Asian examples of legal writing and reveal a surprising amount about the personality and interests of King Ashoka himself. For their impact on early South Asian history, their relationship to Buddhist ethics, and their insights into Ashoka himself, this corpus of material is well worth consideration in the classroom. 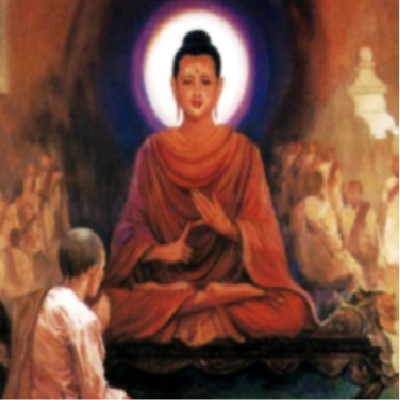 “Although many of the essays are intended to promote Buddhism and a Buddhist religious perspective, the site also includes English translations of important early South Asian documents.”