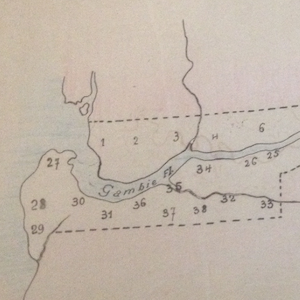 Cross-border mobility has created borderland cultures and led to the development of vibrant communities that in some cases have stretched across several states. One example of this is West Africa, where during the colonial period, people continued to move between different colonies, ignoring the limits that colonial powers sought to put on their mobility. These networks continued after independence, and proved a resource for individuals, families, and communities during times of economic or political hardship, or of violence. To provide one example of these movements, this module uses population tables from the era of World War I, when people fled across colonial boundaries to avoid military conscription, to trace patterns in their migrations. Population figures, combined with reports of the reasons that people migrated, are one way to track the movement of people at specific historical moments. However, other histories of these movements are contained within oral traditions and histories maintained and passed on by family members themselves. In many communities in West Africa to this day, people remember their parents and grandparents fleeing military conscription and moving into new colonies, but maintaining their familial and social ties across borders