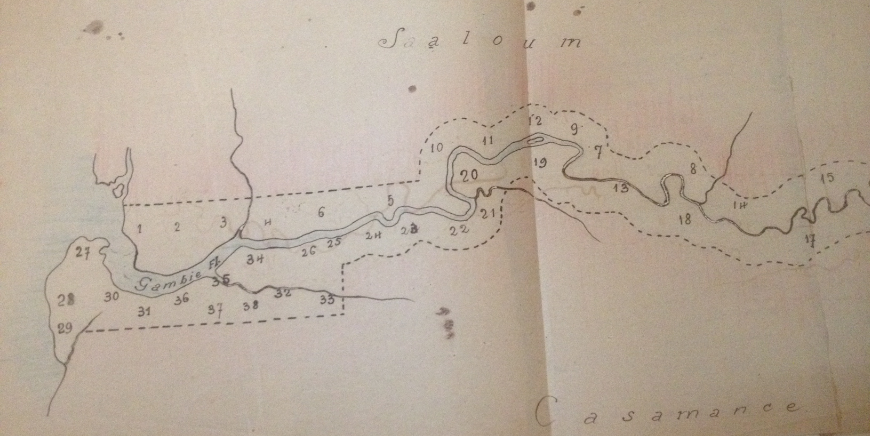 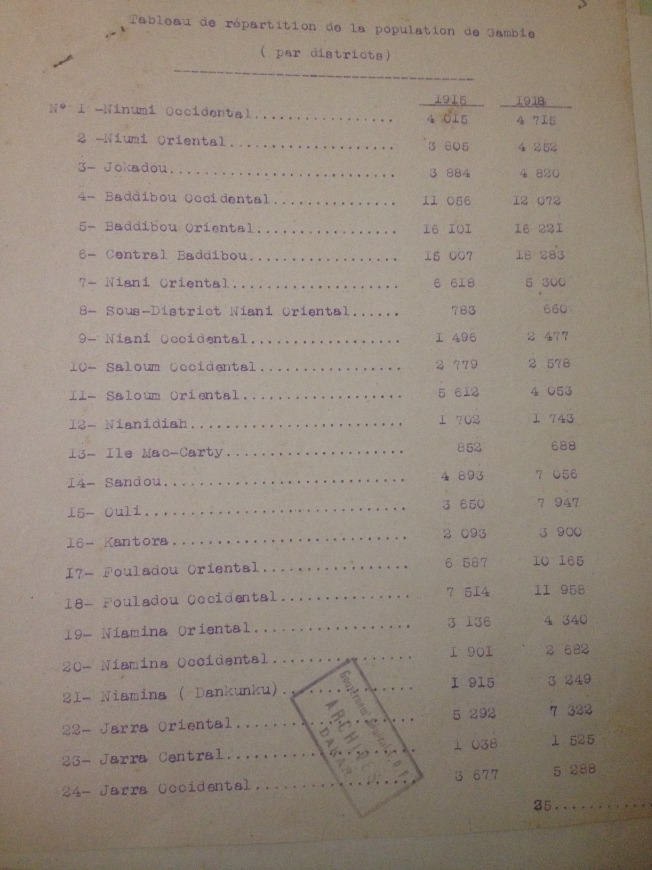 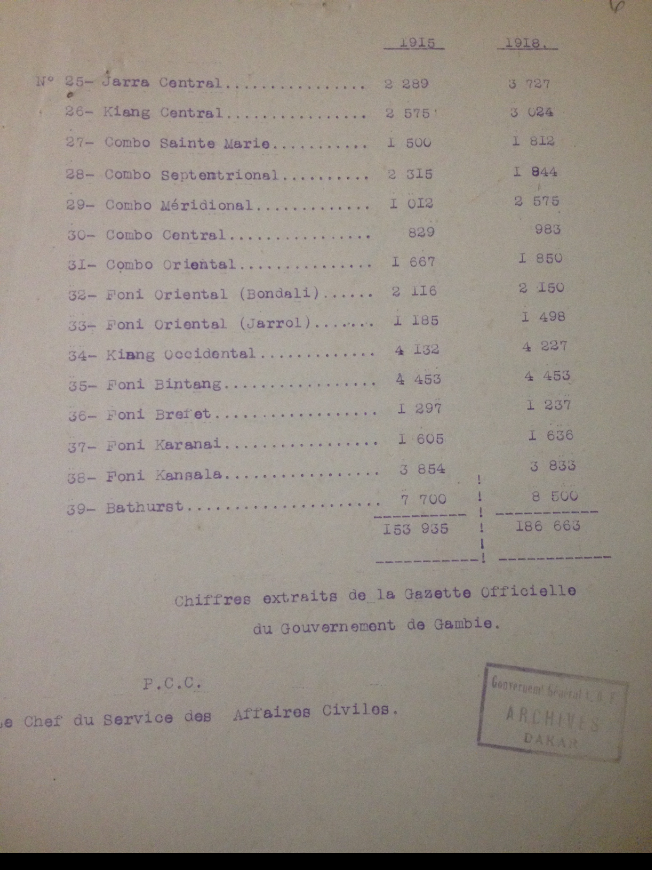 Many people in West Africa fled across colonial boundaries to avoid military conscription in the late 19th and early 20th century. For example, during World War I, tens of thousands of people left the French colony of Senegal for neighboring British Gambia and Portuguese Guinea-Bissau.

The primary sources are a map of British Gambia, with districts marked, and a table showing the population of different districts in 1915 and 1918. While population figures were imprecise due to the difficulty of conducting accurate censuses, the figures in this table show the rise in population in different regions of Gambia from 1915 to 1918, as French military conscription activities led many to flee to neighboring regions. Contemporary sources show that the French actively sought to employ British assistance in returning “deserters” who had fled French territory. The British, while open to aiding the French, did not have sufficient power to limit the influx of those from neighboring Senegal, and were also happy to see their population rise, as it increased their ability to collect taxes and raise agricultural production.

The two easternmost districts in Gambia, Wuli (Ouli), number 15 on the map and table, and Kantora, number 16 on the table, and just off the map to the right, saw their populations roughly double during the three years of the war. In contrast, the capital of Bathurst, number 39 on the table and 27 on the map, saw a rise in population of just over 10 percent, while most districts of Kombo (Combo), just outside the capital and numbers 27 through 31 on the table and the map, saw similarly small increases. In all the table shows a jump in population from 153,935 in 1915 to 186,663 in 1918. While the entirety of Gambia was a borderland, surrounded by Senegal on all sides, the areas furthest from centers of power like Bathurst were the ones that saw the opportunity for the greatest mobility. Those areas more closely tied to colonial power were sites of greater surveillance, and often places where national cultures began to develop, separating those in Gambia from their kin in Senegal.

These patterns were not just at work in Senegal, but across French West Africa. In the district of Koumbia, the northwesternmost region of French Guinea saw 4,000 people leave for neighboring Portuguese Guinea during a 1918 recruitment drive. This was part of a larger exodus of people from Koumbia, whose population of taxable individuals dropped from 70,000 in 1912 to fewer than 55,000 by 1919.