A PreColumbian Portfolio: An Archive of Photographs 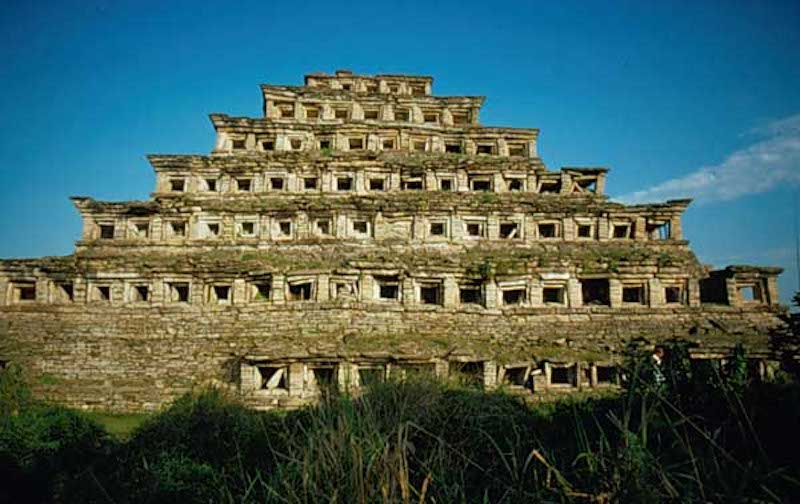 “Each database record includes a caption, a brief (about 20-word) description, and information on the culture associated with the artifact, such as Maya, Olmec, or Zapotec. ”

This photographic database presents artifacts and buildings representative of pre-Columbian cultures of Mexico and Central and South America. Unless otherwise indicated, all photographs were taken by the database’s architect, Justin Kerr, a fine arts photographer. These photographs are of showcase quality. Each database record includes a caption, a brief (about 20-word) description, and information on the culture associated with the artifact, such as Maya, Olmec, or Zapotec.

There are more than 2,200 photographs in the database. Photographs of artifacts outnumber those of ancient buildings, and images from Middle America (Mexico and Central America) greatly outnumber those from South America (and those are mostly Peruvian). Ceremonial items and objects demonstrating a high degree of artistic fashioning are included while objects for everyday, domestic use are not. In addition to illustrating the extraordinary skill of ancient artisans, the majority of the images provide a window into ancient beliefs regarding the rulers, the supernatural world, and religious practices. For example, some of the most noteworthy photographs include the murals of Bonampak (some of the only pre-Columbian murals that have not been destroyed by humidity), which depict courtly ceremonies, a battle, and the presentation of captured soldiers to the king. The Yaxchilan Lintels, in turn, depict male and female rulers ritually spilling their own blood in order to receive a vision from a divine ancestor. As another example, the famous stone image of the goddess Coyolxauhqui depicts her mythological decapitation at the hand of her brother, Huitzilopochtli, the patron god of the Aztecs.

The database also notably includes a series of Zapotec clay urns depicting human and supernatural figures, several Olmec masks (of jade and other stones), three ancient Peruvian textiles (significant because textiles are easily destroyed by humidity), a mummy bundle and two mummy masks from Peru, several photographs of elaborate Peruvian gold work (Chimu, Moche, and Inca), and several photographs each of the ceremonial centers of the cities of Chichen Itza, Uxmal, Tikal, Copan, and Monte Alban.

Although the photographs are spectacular, the site is not very user-friendly. Users may find that the database lacks important information. The descriptions of the items are very brief, and contextual information about pre-Columbian cultures is missing. The time period when the artifact was created and the place where it was discovered are not included in most cases. Even if an artifact is identified as “Jaina,” that information will not be helpful to non-experts.

In addition, the search function is not robust. Searching is performed by keyword, so those who are unfamiliar with the names of the ancient cultures and the terms used for different types of artifacts (such as “eccentric flint”) will miss entire categories of images. Certain types of keywords, such as the country of origin, culture of origin (such as Maya), or specific site (such as Tikal) are inconsistently used, so searches under these terms will not yield even the majority of relevant records. For example, if a student wanted to find photographs of ancient Maya cities in Mexico, the student could not find them by searching under “Mexico” or “Maya,” but would in most cases need to know the name of the ancient city first (such as Chichen Itza or Uxmal).

The site may be used in the classroom in a variety of ways. The images may be used as illustrations of the artistic and architectural achievements of the ancient peoples of the Americas. Students with an interest in the material sciences could be asked to investigate some of the different materials used—flint, obsidian, basalt, clay, gold, silver, bronze, and bone—and the ancient techniques used to work them. Art students may fashion objects imitating styles found in the database, such as a Zapotec urn made of clay. Students could investigate one of the ancient religions and interpret a couple of the artifacts accordingly, or select one iconographic element from a group of images (such as the moon, the rabbit, the dog, the jaguar, the peccary), and investigate its meaning within the ancient culture. In groups, students could investigate one site or cultural element (such as the ballgame, sacrifice, childbirth, the calendar, hieroglyphic writing, the roles of women) and deliver an illustrated lecture to their classmates using the images from the database.

Reviewed by Christine A. Kray, Rochester Institute of Technology

Christine A. Kray, A PreColumbian Portfolio: An Archive of Photographs in World History Commons,