Since the early 20th century, explorations of the Dunhuang caves and other ancient Silk Road sites have produced tens of thousands of paintings, manuscripts, printed documents, and other historical artifacts. Over the past century these artifacts have been dispersed among museums and private collections all over the world, thus complicating efforts to catalog and research them. In 1994, the International Dunhuang Project (IDP) was established to address this problem. The IDP, based at the British Library in London, is an international collaborative effort to catalog, conserve, and encourage research of Silk Road artifacts. This website, which currently displays around 20,000 digitized images of these artifacts, is one product of this larger effort.

Virtually all of the artifacts on the site are handwritten manuscripts. The manuscripts date from between 100 BCE to CE 1200, and were written in Chinese, Arabic, Sanskrit, and several other Asian languages, reflecting the cultural diversity of the enormous geographic area linked together by the ancient Silk Road. The manuscripts range from Buddhist sutras and Confucian classics to calendars, phrase books, and trade contracts. The collection of manuscripts can be accessed by clicking on the “IDP Database”. The database can be searched by keyword, object title, object type, and language. After retrieving an image, the user can enlarge the picture and view the object from different angles. The user can also find out detailed information about where the object was discovered, including a link to a map with the precise location.

The website also includes a “map search” feature that not only provides a wide-angle contemporary map of Central Asia, but allows the user to click on any part of the map and view a richly detailed map of a specific area. After zooming in on an area, the user can even view photographs of the people and places in that area that were taken during early 20th-century explorations of ancient silk road sites. These maps and photographs offer a vivid sense of the scope and terrain of the silk road.

As a resource for scholars of early Central Asia and the ancient Silk Road, this site is invaluable. Because the original manuscripts displayed on this site are held in dozens of different collections in Europe and Asia, a scholar could never have hoped to have access to such a wide range of primary sources. The site not only permits easier access to documents, but will open up new kinds of research. The manuscripts have been scanned at a very high resolution, so even when enlarged, the text is readable.

For teachers of world history, the value of the site is limited by the fact that the manuscripts are untranslated. Furthermore, the information that accompanies most of the manuscripts is rather sparse—sufficient for the specialist but not for the generalist who desires background information about the types of artifacts displayed on the site, or who needs introductory information about the historical context in order to explain the significance of the items to students. The items on this site, therefore, are useful mainly for their visual effect rather than as primary sources that students can read and interpret for themselves. For example, using the outstanding maps available on the site, instructors could take students along a virtual tour of the Silk Road, showing them the types of manuscripts found at the different sites. Showing manuscripts in different languages—students will be able to see the difference between Chinese and Arabic, even though they canï¿½t read the manuscripts—will help instructors to convey the “international” flavor of the silk road. The site also provides an excellent list of 22 links six of which relate to the Silk Road and Buddhism. Many contain introductory information on the silk road and display images of silk road art, such as sculptures and paintings. These sites, together with the IDP site itself, provide instructors with resources they can use to create their own multimedia presentations on the Silk Road. 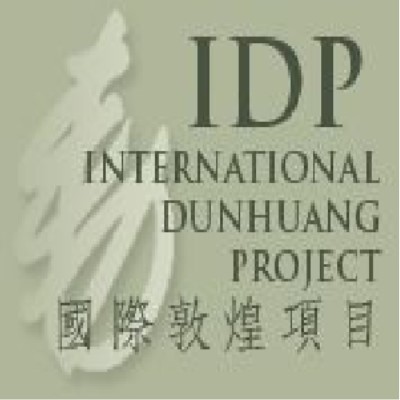 “The IDP, based at the British Library in London, is an international collaborative effort to catalog, conserve, and encourage research of Silk Road artifacts. This website, which currently displays around 20,000 digitized images of these artifacts, is one product of this larger effort.”