Iceland Saga Map is a digital map and online collection regarding the Íslendingasögur , which are over 30 medieval Icelandic family sagas, and travel logs from 19th-century Norse enthusiasts such as Sabine Baring-Gould, William Morris, and William Gershom Collingwood. This digital mapping project came from Dr. Emily Lethbridge’s project “The Sagasteads of Iceland: A 21st Century Pilgrimage” inspired by Sabine Baring-Gould, William Morris, and William Gershom Collingwood, 19th-century Norse enthusiasts who are called ‘saga pilgrims’ because of their travel and research. The layered map includes plot points and related texts pulled from the sagas or travel logs, attempting to make clear the overarching connections and network prevalent in the sagas. The ‘Resources’ page lists literation on the topic. The project has been supported by The British Academy, Miðaldastofa/Háskóli Íslands, Rannís, Stofnun Árna Magnússonar í íslenskum fræðum.

With the menu located on the right of the site page, the user can tab through ‘Home’ “About the ISM Project,’ ‘Using the Map,’ and ‘Resources.’ The homepage lays out basic information about the project and that the site is still under development. Under the title, there is a button entitled “Open map” to view the project. “About the ISM project” details Dr. Lethbridge’s solo travels to Iceland in 2011, inspired by the saga pilgrimages of Englishmen in the 19th-century; the blog about her travels is still live and linked here . The current mapping project developed out of this earlier project. There are two suggested methods of using the map, suggested on the “using the map” page on the menu. One is a linear, chronological reading of the sagas, where the user picks a saga and reads the chapters in order before moving on to the next one, still considering the geography of the stories. The other method is a non-linear, spatial reading where the user picks a saga based on its location.

The intent is for the mapping project to be used by both specialists and non-specialists and allow for a spatial and interconnected reading of the sagas to be possible. The map has layers, with places hyperlinked to their mention in the text, links to other sources, images, and hyperlinked/geo-tagged texts. The map includes pop-up information with the place name, the type of place (farm, mountain, river, etc), the region, and GIS coordinates, as well as information about the place or its name, and hyperlinks to other information and to photographs. It is important to note that the text from the Íslendingasögur is in Icelandic with no translation. The text from the travel diaries is in English. Because of the subject matter and the language barrier, this map is mostly useful for students in Iceland, or perhaps Nordic countries, and students of Iceland and Icelandic culture elsewhere. However, teachers and students who do not have a proficiency in the Icelandic language can still use the map in a variety of ways. Some exercises could include directing students to images of the places in Iceland featured to compare and contrast or think about sagas spatially, look through the map and its methodology to learn about how researchers study sagas, or have students spend time with the English language journals to think about past research of sagas and memory. 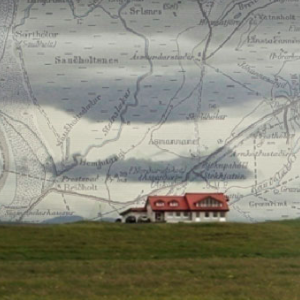 “Ultimately, the purpose of this map is to encourage and aid new readings of the sagas.”