Chinese Migrants to U.S. by way of Mexico 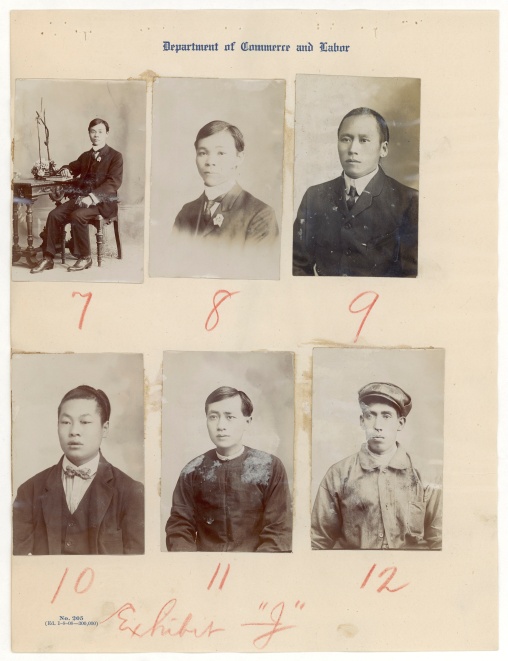 Beginning in the late nineteenth century, the United States passed laws that barred the entry of Chinese laborers, the first group singled out by the federal government for exclusion based on class and race. These laws included border enforcement measures such as inspection stations, patrol officers, and physical barriers along the nation’s northern and southern borders. Despite these efforts, thousands of Chinese laborers crossed the border into the United States from Canada and Mexico. Borderlands approaches are an excellent way to examine transnational lives such as these Chinese laborers and the broader realms that shaped them and they shaped. Among the Chinese laborers who sought to enter the United States across its border with Mexico during this exclusion era were those pictured in the photographs above. These photographs were obtained by an official who worked for the Department of Commerce and Labor, then responsible for the enforcement of US immigration laws, as part of a 1907 report on the smuggling of Chinese laborers into the United States. Aspects of the strategy used for clandestine and illicit passage across the porous US-Mexican border included Chinese migrants disguising themselves as Mexicans. This can be seen in the above photographs depicting Chinese men with their queues (a hairstyle Han Chinese men wore to indicate their submission to the Manchu Qing dynasty) cut and wearing Western-style clothing, which were used in fraudulent Mexican citizenship documents. Chinese laborers were also aided by smugglers from different class, ethnic, and national backgrounds including Mexicans, white Americans, immigrants from Europe, and Chinese communities on both sides of the border. Furthermore, US-Mexican border crossings involved connections, networks, and migration routes, often extending across several nations and as far as China. Borderlands history provides rich insights into this particular ambiguous, diffuse, heterogeneous, indeterminate, and unstable world of border making, crossing, and contestation, situational identity formation, transnational and transimperial connections and exchanges, and multiethnic and multiracial commingling in ways that elude the more rigid and discrete nation-state framework.

This source is part of the Borderlands History methods primer.