This bilingual website (Spanish and English) centers on 318 images of objects, buildings, sculptures, drawings, and paintings from all over Spanish America. The images are displayed in a gallery, and each image is paired with a discussion (of roughly 200 words each) explaining its use, origin, and significance, as well as a bibliography and glossary. There are also six thematic units: “Making Sense of the Pre-Columbian,” “Reckoning with Mestizaje,” “Political Force of Images,” “Patterns of the Everyday,” “The Mechanics of an Art World,” and “Otherworldly Visions.” There is a bibliography of relevant secondary sources, a glossary of terms used in the descriptions, and a page of more than 20 Internet links, including links to museums and online exhibitions, websites containing documents, and general websites.

The quality of the images, essays accompanying the images, and translations is excellent. The website is organized clearly and an essay provides an overview of the project. The thematic units are also well planned in that they give visitors ways of thinking about the images in the gallery. Each unit presents one specific image from the gallery and discusses themes relevant to that image rather than gathering all the relevant images together. The searchable bibliography contains hundreds of citations for books written since the 1970s and visitors can generate bibliographies on specific locations. There is also a list of three bibliographies with pre-1970s texts.

This is a useful site for teaching. Students could be asked to research some of the images and to create their own units from the images contained here. For example, there is a portrait of an 18th-century elite woman from Lima, Peru, named Doña Mariana Belsunse y Salasar. What objects might she have used in her house? Would she have used the coffee pot made by the Guatemalan silversmith around 1780 (another image on the site)? Would she have owned the Chinese-influenced Cover from the late 17th or early 18th century? (This is the kind of thing that the “visual culture” category will do. The sample page pairs this portrait with a silver stirrup from the late 18th century or early 19th century.) Students could also think about which other images on the site would fit into the six thematic units. In creating their own units or adding to the existing units, students would have to research how people lived, how trade networks operated, and how different parts of the Spanish colonial world and other areas of the early modern world were related. For an in-class exercise, teachers could ask students to interpret images before reading the discussions. Students could speculate on who made the objects, who used them, and how they were used. This would give them a sense of the kind of interpretive work done by historians. 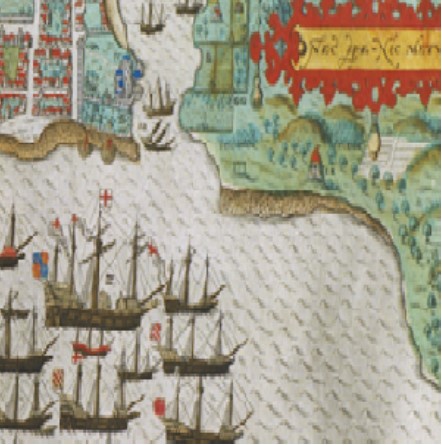 “Students could speculate on who made the objects, who used them, and how they were used. This would give them a sense of the kind of interpretive work done by historians.”