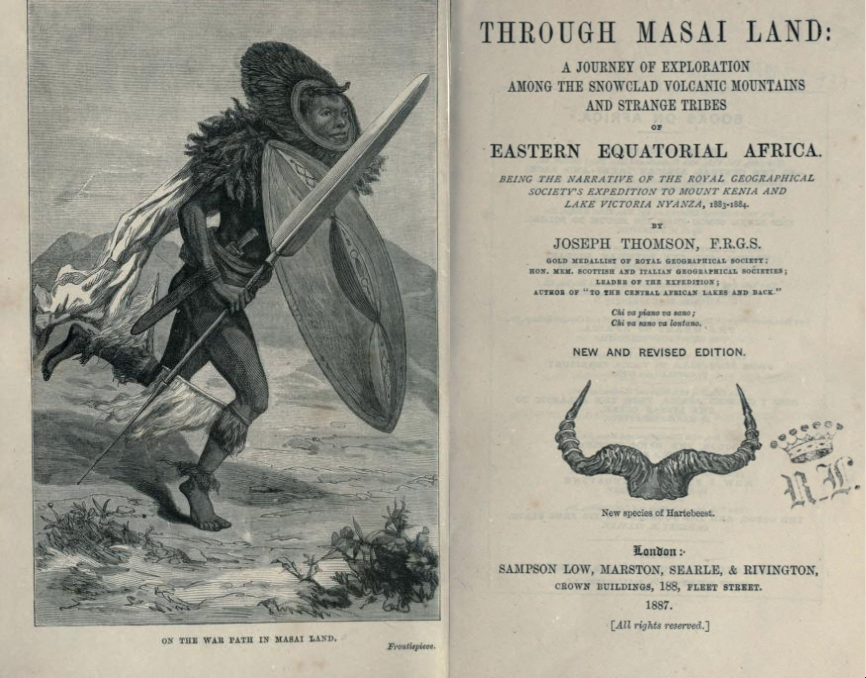 Joseph Thomson traveled through Kenya Maasailand from 1883 to 1884 on a journey of exploration from the coast to Mt Kenya and Lake Victoria, under the auspices of the Royal Geographical Society. He was the second European to visit the area. Thomson travelled with a trading caravan, for traders knew the routes across Maasailand well. They often spoke the language and had contacts with local Maasai elders and through the traders, Thomson was able to communicate with the Maasai he met.

On his return, Thomson wrote an account of his travels based on his diaries and notes. It was aimed at a popular audience, hence its rather racy and "unscientific" style of the fictional biography of "Moran" [i.e., murran or "warrior"] reproduced here. His account is, however, accurate enough and accords with what we know from other sources. Thomson probably got his information about murran partly from observation and partly from talking to elders who had once been murran themselves. This source is a part of the Maasai Murran as Rebellious Youth teaching module.