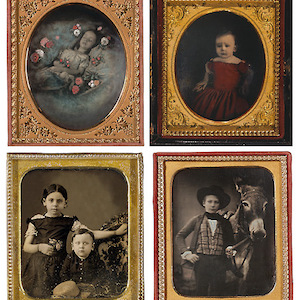 For historians, there are several ongoing debates about the periodization of childhood and its transformation over time. When did children become important and in what capacity? As economic contributors? As the focus of emotional attachment or as subjects prone sentimental idealization? As political symbols or pawns? The goals for this exercise are, therefore, two: to demonstrate how images are socially constructed and to begin to get a handle on the changing role of children in American society. The primary sources referenced in this module can be viewed in the Primary Sources folder below. Click on the images or text for more information about the source.

This short teaching module includes broad guidance on activities and discussion, as well as connections to the one primary source.