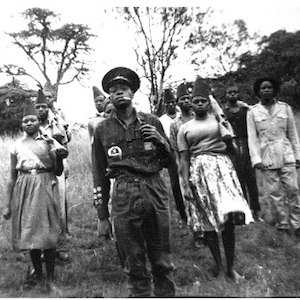 The history of Africa, and especially Sub-Saharan Africa, has often been presented from a Eurocentric point of view. This essay by scholar Mariana Gino traces the efforts by Black intellectuals around the globe to re-center Africans in the narrative of African history — an important primer for teachers of world history.