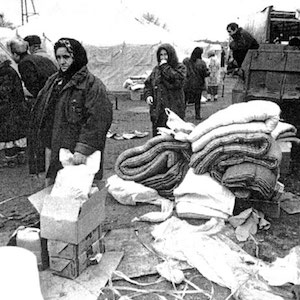 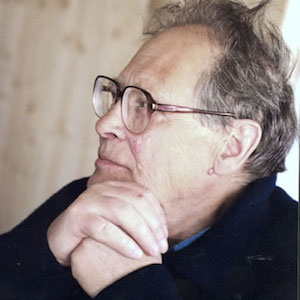 One of the founders and leaders of the Memorial Society and the human rights commissioner under Russian President Boris Yeltsin. Kovalev, a former prisoner at Perm-36, served as chairman of the Human Rights Committee in the Russian Parliament. Because of his adamant opposition to the Russian war in Chechnya, he was removed from his official government positions in 1995. 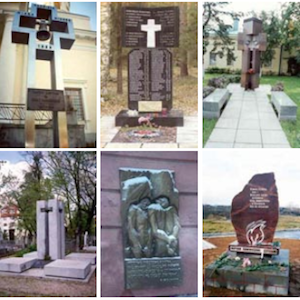 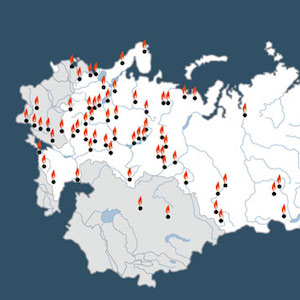 On the eve of the Soviet Union’s collapse, some Russian historians, human rights activists, former Gulag prisoners, and others created civic organizations to help foster remembrance. One of the most prominent, the Memorial Society, erected small monuments throughout the country to commemorate victims of totalitarianism. 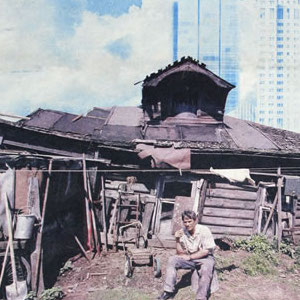 A few well-connected Russians amassed fantastic fortunes during the period of widespread corruption when state-owned industries were privatized. According to Forbes magazine, Russia ranks second only to the United States in the number of multi-millionaires. Among the 100 richest people in the world, 27 are Russians. 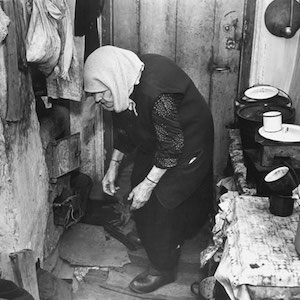 Homeless and Poor People in Moscow

After years of brutal repression, Russians had great expectations for prosperity. Political and economic reforms could not quickly address the serious long-term structural problems of the Soviet system. In the 1990s, Russia was exposed as an unstable, weak, and vulnerable nation. 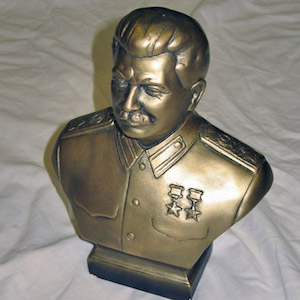 Bust of Josef Stalin, Soviet Dictator, 1929-1953. This bust was purchased in November 2005 at a souvenir shop in one of Moscow’s largest hotels. 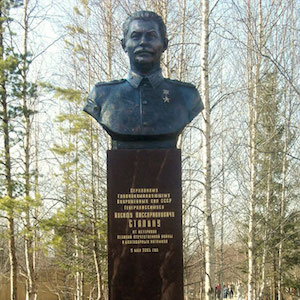 Monument to Stalin placed in Mirny, Yakutia, in May, 2005. It celebrates Stalin’s leadership during World War II. Ironically, during Stalin’s reign this remote Siberian region was home to some of the harshest Gulag camps. According to the Memorial Society, between 2002 and 2005 there were 30 monuments of Stalin erected in the former Soviet Union and plans made to erect 20 more. 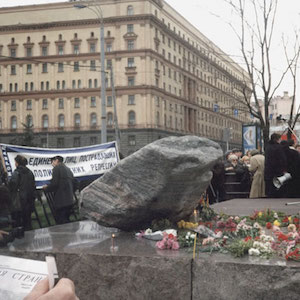 Stone from the Solovetsky Camp

The International Memorial Society, a nationwide organization founded to document and remember the Soviet terror, set a stone from the Solovetsky Camp, the main Soviet concentration camp under Lenin, just off Lubianka Square in Moscow. The Society believes strongly that the cruelties of the Soviet past must be remembered and confronted. 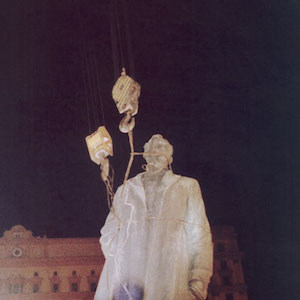 Removing the Statue of Felix Dzerzhinsky

In the mid-1980s, Soviet leader Mikhail Gorbachev initiated a period of openness, called glasnost, in Soviet society. The government allowed formerly banned books, like Solzhenitsyn’s works, to be published. A torrent of memoirs, articles, and books denounced Stalin and Soviet crimes. The Soviet public devoured every new revelation that exposed Communist repression.