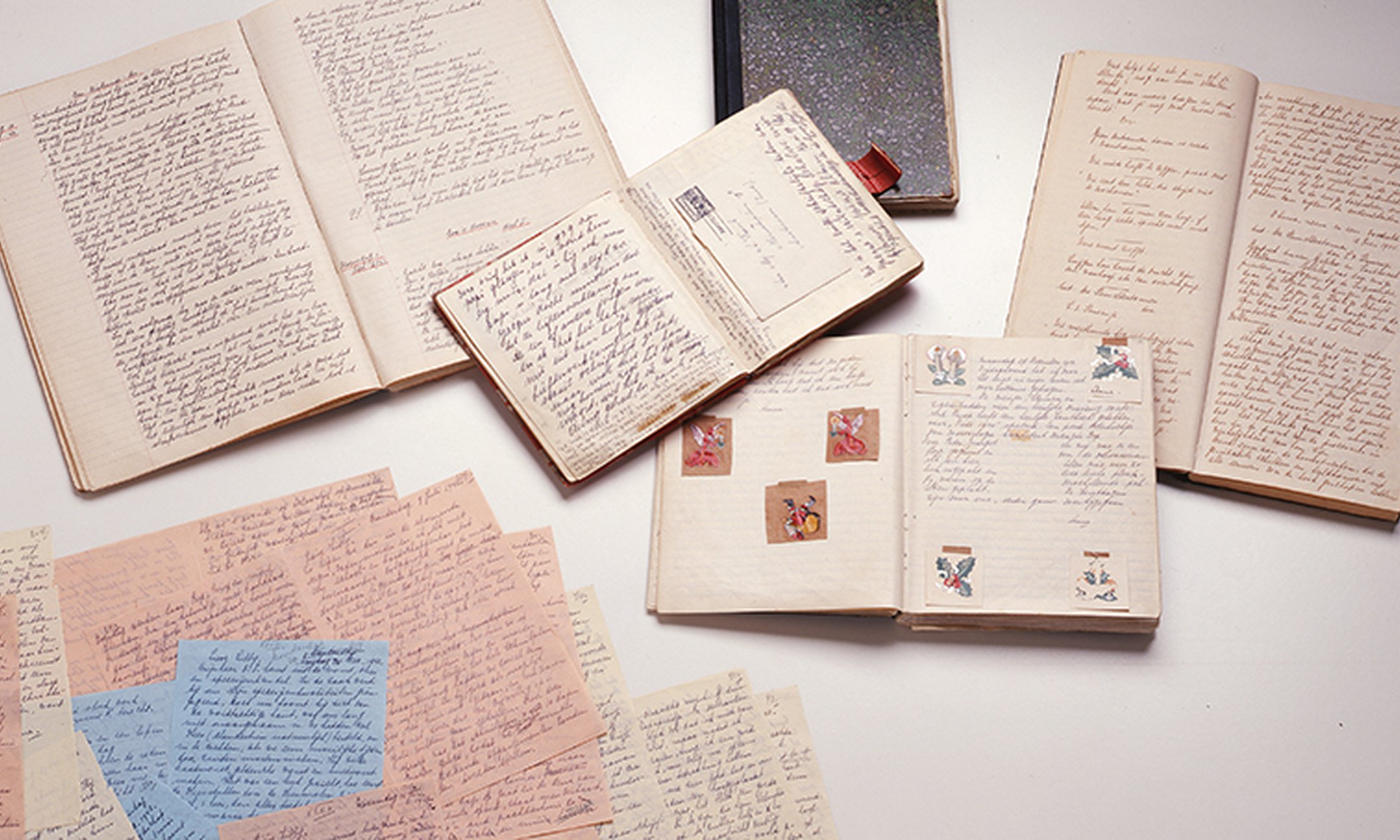 Born to a Jewish family in 1929, Anne Frank is most known for the diary she kept while in hiding from Nazi forces during World War II. The War broke out in 1939 when Anne was ten-years-old. As the measures against Jewish people in Nazi-occupied Netherlands became more brutal, the Frank family went into hiding in "the Secret Annex," a hiding place in an empty part of Otto's business, in 1942. Just before the family went into hiding, 13-year-old Anne received a diary for her birthday. In this diary, Anne recorded her thoughts and feelings on much of what happened in the Secret Annex throughout the two years she was in hiding, as well as short stories and copied passages from books she read. Anne dreamed of publishing a book about her time in hiding, and in May of 1944 began rewriting passages of her diary. As such, some passages of the original diary are rewritten to reflect a more mature outlook on the Annex and the people in it, and in some cases passages are completely omitted from the second version. By reading the two different versions of the diary, one can see Anne's priorities and relationships change, not only with the other people in the Annex, but with the War at large. These two versions of the diary show Anne's shifting attitude throughout her two years in hiding.