National Academy of Sciences objects to political persecution of Condon, 1948 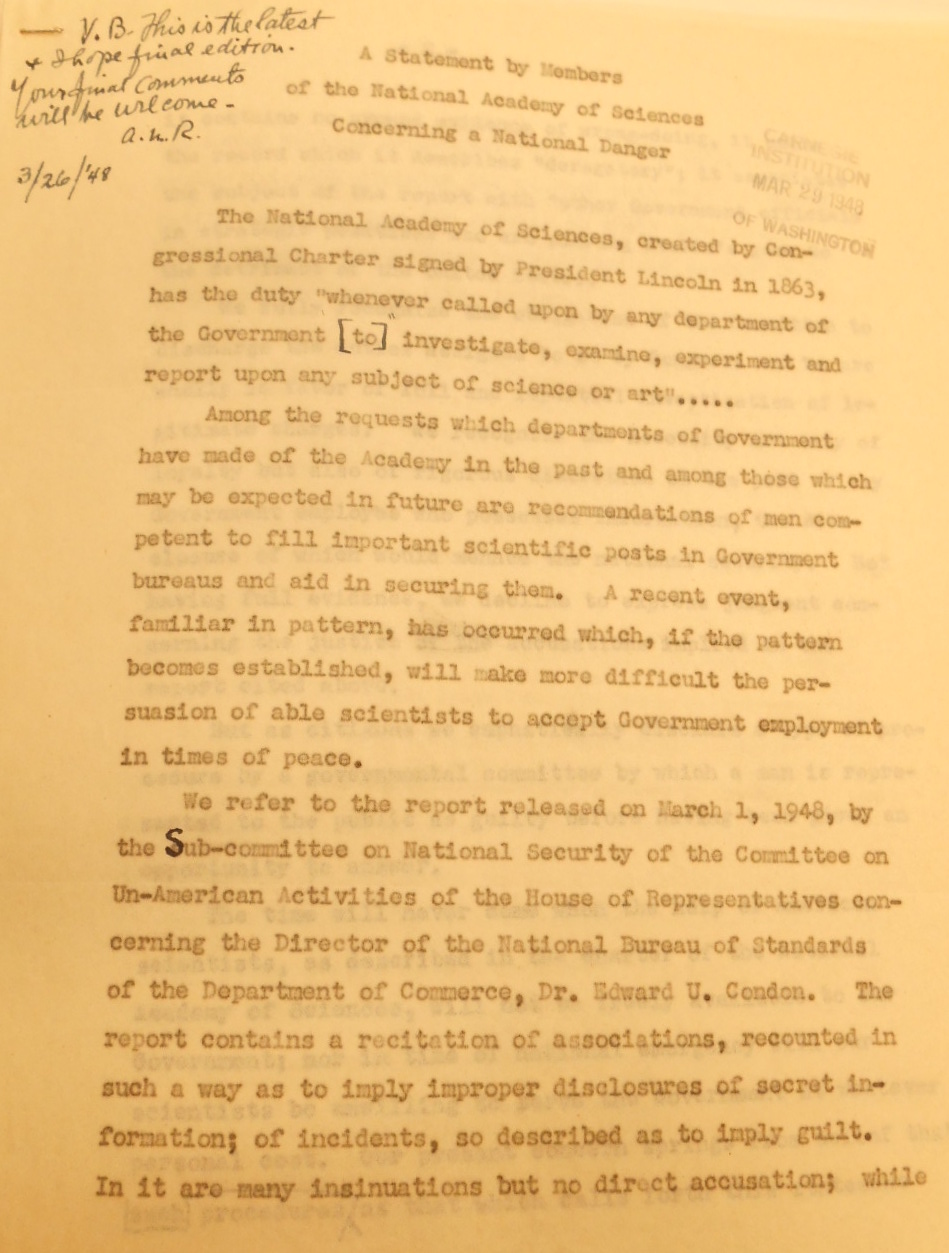 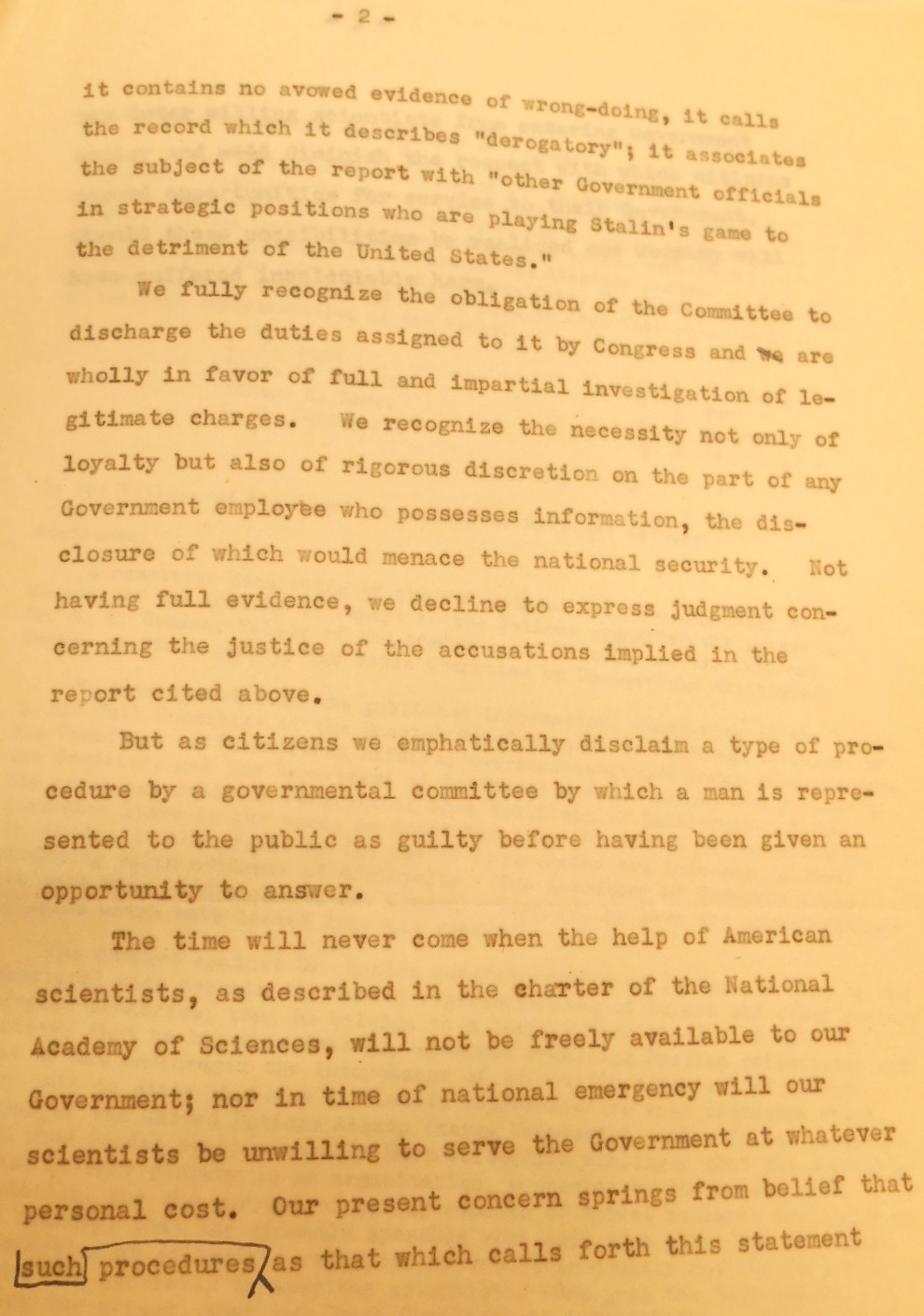 This document from 1948 expresses concern by members of the National Academy of Sciences (NAS) over the political persecution of Edward Condon, a physicist and director of the Bureau of Standards. Dating back to the 1860s, the NAS is a professional association tasked with giving scientific advice to the government. Here its members argue that the Academy’s ability to recommend scientists for important government posts may become more challenging as politicians increasingly made public smears against the reputations of scientists like Condon. Condon was a moderate internationalist who had a then-mainstream view that atomic bombs were too dangerous for any one country to control. Like many of his colleagues, he was also an advocate for the free, open practice of basic science across borders, and participated in international scientific conferences and exchanges. These views and activities led him to become the subject of a slanderous campaign by the right-wing House Un-American Activities Committee (HUAC) in Congress, which leaked doctored letters to the press suggesting he was a traitor. The NAS’s letter reveals the defensive posture of U.S. science against political attacks in the early Cold War, but it also raises important questions about the changing relationships between science, politics, and the government in this era. With billions in new public expenditures being funneled to academic and corporate laboratories for research and development, what political justifications were used to gain public backing for such a commitment? What arguments did scientists make about their own importance to national security? And how did they reconcile their arguments about science and national defense with longstanding ideas about the borderless, free, and international nature of science? Documents like this one show that scientists attempted to thread a needle between the importance of R&D to national defense on the one hand, and the widely held belief that science could only be effective as a truly international, liberal, and free endeavor on the other. Government leaders mostly accepted these claims, but the case of Condon shows that nuanced narratives combining national security and “scientific internationalism” could sometimes escape the control and intent of their original proponents.

This source is part of the science and Cold War teaching module.

“A Statement by Members of the National Academy of Sciences Concerning A National Danger,” March 26, 1948.