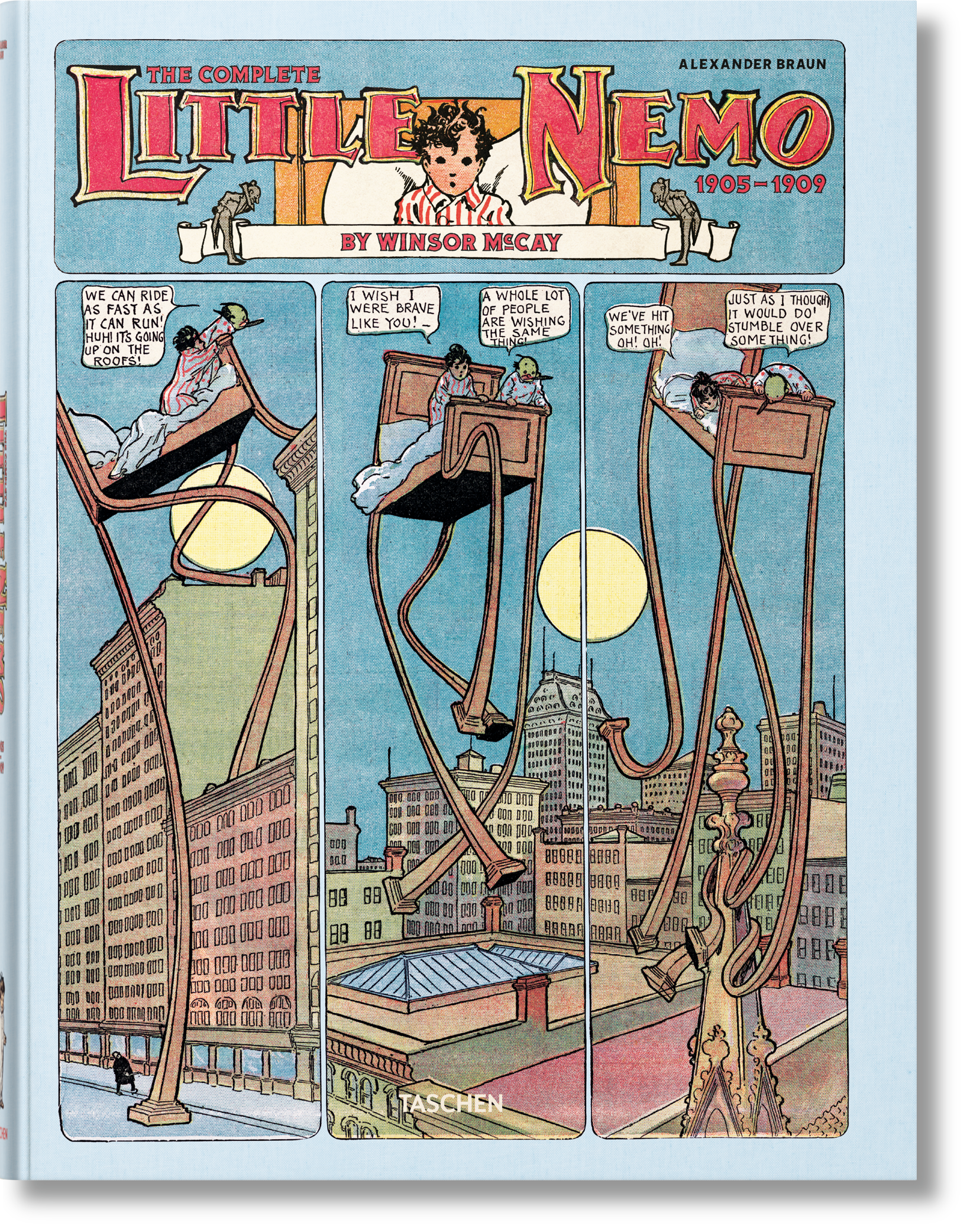 A young boy slumbers in his bed, ensconced in a non-descript, middle class bedroom. He is jarred awake to find his bed floating out his window and into space. So begins an episode of Winsor McCay's epic series, Little Nemo in Slumberland, which ran in American newspapers from 1905 until 1914. Featured on the cover of the New York Herald's Sunday supplement (and syndicated nationwide), the comic strip presented the bedtime adventures of a boy called Nemo. Each week Nemo attempted to reach the enchanted kingdom of Slumberland, only to have the journey preempted when he awakened and found himself safely at home in his bed. The curtailed narrative induced readers to purchase the next installment, teaching its young audience the pleasures of both fantasy and delayed gratification.

Images glorifying childhood as period of unfettered creativity dominated the visual landscape of early 20th- century American fiction, magazines, and comics. For McCay, Slumberland was a retreat from modernity; yet his spectacular landscapes were peppered with allusions to popular culture. References to circus posters and Coney Island thrill rides abound in his designs. McCay's use of the medium was self-reflexive and ambivalent: his work articulated the complex ways in which fantasy and mass culture were entangled at the turn-of-the-century.

This striking image is a potential jumping off point for further discussion of the rapid rise of a mass popular culture in American cities in the early 20th century. How do the visual design and narrative work together? What other aspects of the period’s visual culture explored the same themes? Examples can take the form of children's literature, early film, amusement parks, poster art, advertising, or illustration. In what ways did popular art forms influence one another at the dawn of mass culture?

This source is a part of the Winsor McCay's Little Nemo in Slumberland teaching module.