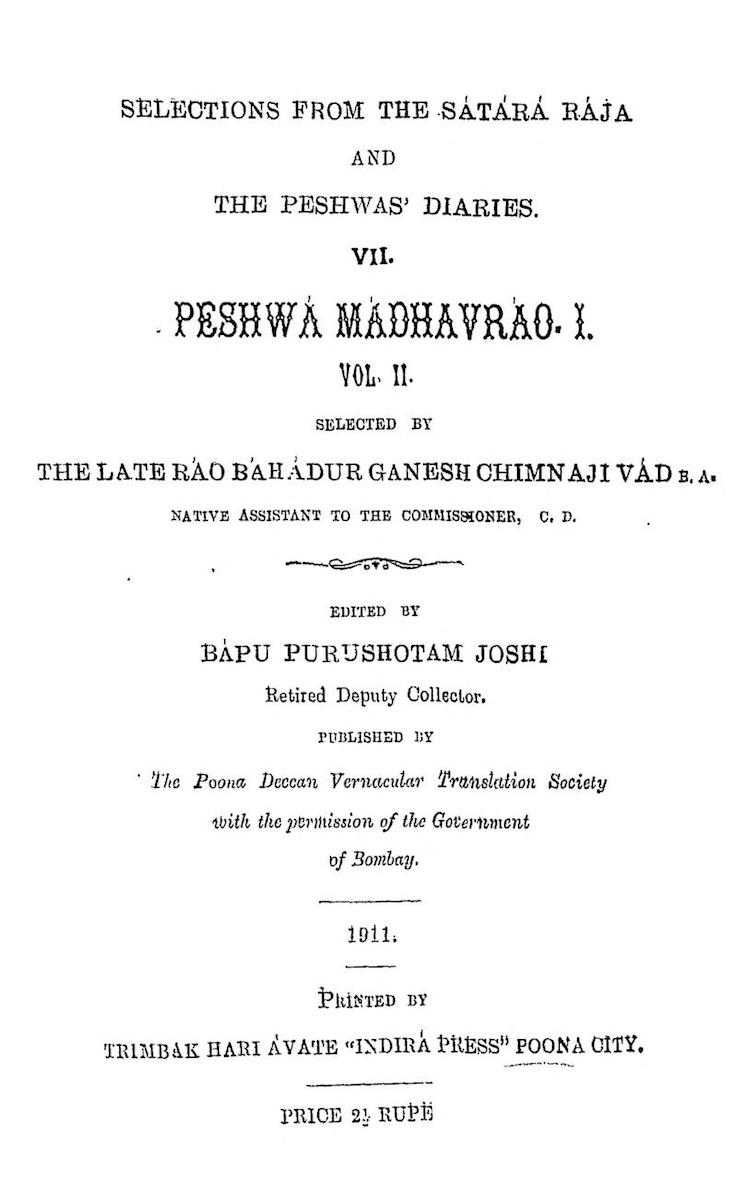 Although the self-immolation of Hindu widows was less common in western India than in Bengal, this letter confirms its occurrence in Maratha-ruled areas during the 1700s. The Marathas were a distinctive ethnic group of peasants who spoke the Marathi language and achieved an impressive reputation as effective guerilla fighters. During the late 1600s, Shivaji, a charismatic, courageous, and politically shrewd Maratha, had created a loose confederacy that gradually expanded from Poona (now Pune) in western India across much of central India. Shivaji’s successors became the rajas (rulers) of Satara who sought to legitimate Shivaji’s and their political control through claims to be defenders of Hindu traditions, including the high ritual status of brahmans.

Since the surname of Joshi indicates that the deceased man in this letter was a brahman, his widow might have been socialized to accept sati as her religious duty to maintain and enhance the status of her family as brahmans. However, this letter also indicates that material motives might influence male relatives to prevent a Hindu widow from committing self-immolation.