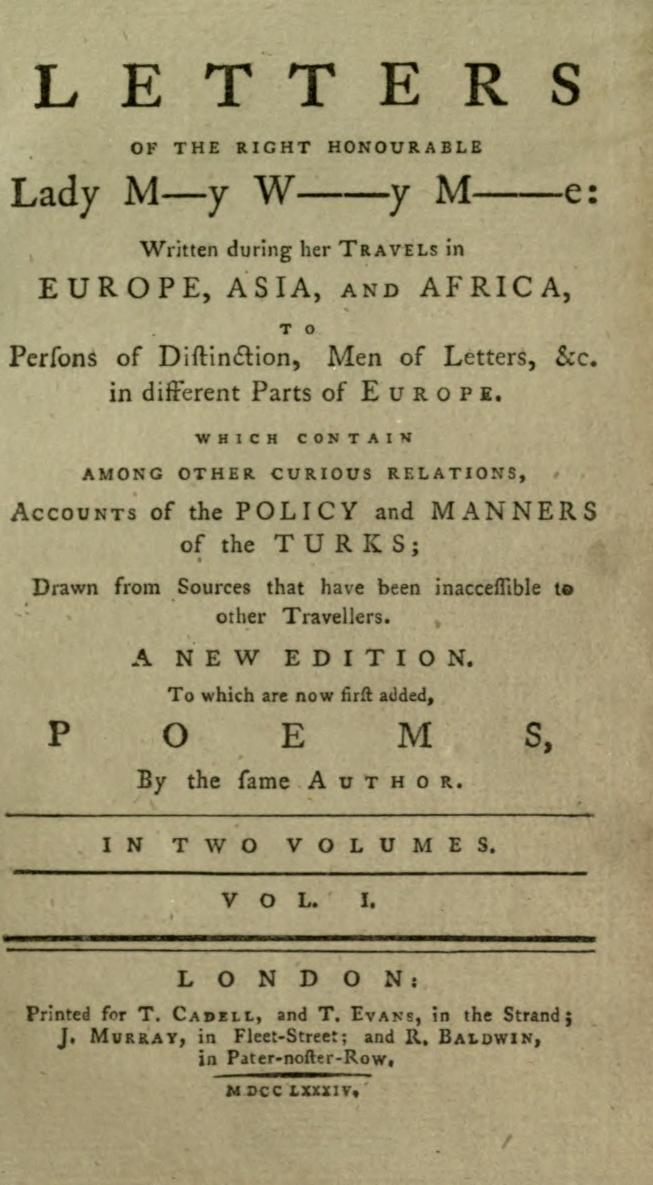 Lady Mary Wortley Montagu (1689-1762) was the wife of the British Ambassador to Turkey. In 1715 she had survived but been terribly scarred by smallpox while her brother had died from the disease. She was fascinated by the culture of the Ottoman Empire and in 1717 described the Turkish practice of inoculating healthy children with a weakened strain of smallpox to confer immunity from the more virulent strains of the disease. She immediately had her seven-year old son inoculated in Turkey and on her return to England, she had her daughter publicly inoculated at the royal court of George I to popularize the technique. In this she was only partially successful as inoculation continued to be dangerous and often resulted in death and scarring of infected children.