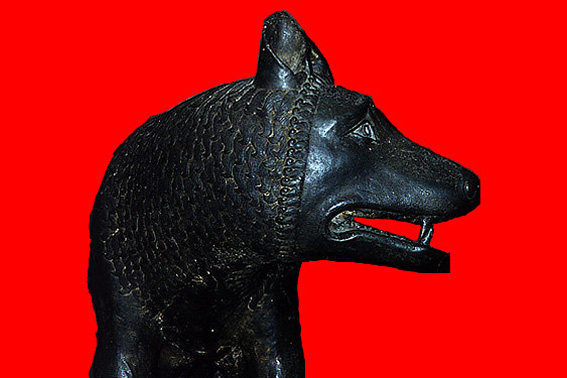 “Initiated in 1995, this site has developed into an impressive array of primary and secondary resources on ancient Rome”

Initiated in 1995, this site has developed into an impressive array of primary and secondary resources on ancient Rome, including photographs of Roman and Etruscan buildings and monuments, Latin inscriptions, topographical texts, maps, classical dictionaries, topical monographs, and links to other Roman websites. Most of the Latin and Greek primary texts and translations are drawn from the Loeb Classical Library editions published by Harvard University Press.

The photo album in the "Roman Gazetteer" is arranged both geographically (Rome, Ostia, Perugia, Trevi, etc.) and topically (amphitheatres, gates, aqueducts, baths, roads, theatres, and tombs). By using the gazetteer in the classroom, students can take a virtual tour of many of the major Roman archaeological sites, and learn about Roman social life through its material culture.

This is also an excellent site for studying historical geography. Most of the chapters from Ptolemy's Geography are accompanied by maps, bibliographic notes (including references to the texts of Pliny the Elder and Strabo), and links to the "Roman Gazetteer" and related websites. In addition, users can travel through ancient Italy, Gaul, Gemania, Pannonia, Rhaetia, Thrace, Iberia, Greece, Africa, and Asia through maps of the Roman Empire from an early historical atlas. All original and scanned maps are electronically indexed by place names.

Some primary texts are only in Latin or Greek: Pliny the Elder’s Natural History, Quintus Curtius's History of Alexander the Great, Isidore of Seville's Etymologies, and Macrobius's Saturnalia. The Latin text of Censorinus's book on ancient chronology and the Roman calendar, de Die natali, is accompanied by a French translation. More useful for classroom activities are those texts that are translated into English, such as Augustus's autobiographical Res Gestae Divi Augusti, Polybius's History of Rome, and the biographies of Suetonius and Plutarch (along with Roman sections of his moral essays).

The uniqueness of this site is the availability of translated works that are not readily available online. The histories of Velleius Paterculus and Cassius Dio complement the more well known histories of the republican and imperial periods. The Excerpta Valesiana, Claudian's poetry, and Procopius's Buildings and Anecdota provide insight into late Roman Empire from the reign of Constantine to Justinian. Other important works on Roman civilization are Frontinus's On the Water Supply of Rome and his military study, The Strategemata, Vitruvius's On Achitecture, and Celsus's De Medicina. All the texts and translations have links for easy navigation between passages, footnotes, and other parts of this site.

One of the best features of this site is the search engine. All of the texts and images can be accessed by words and phrases. Also included is a statement covering the copyright status for items on this site, as well as a chart defining when published and unpublished works go into the public domain.