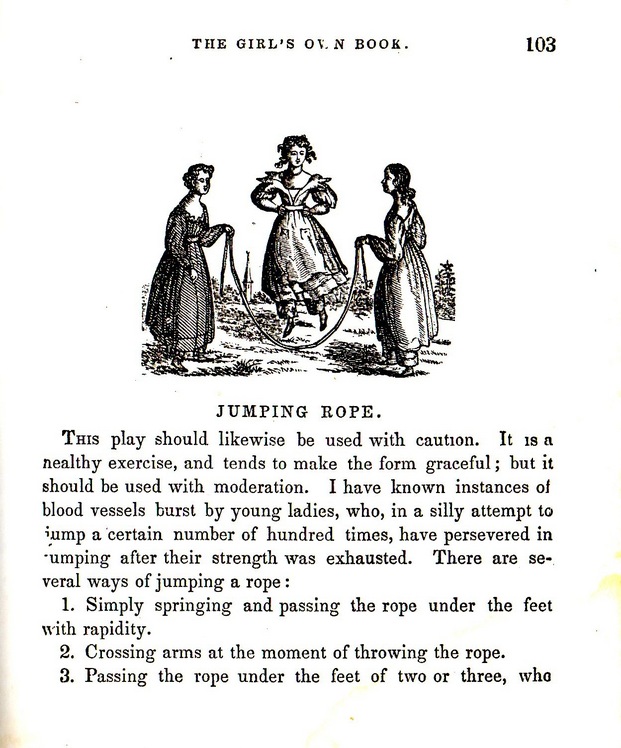 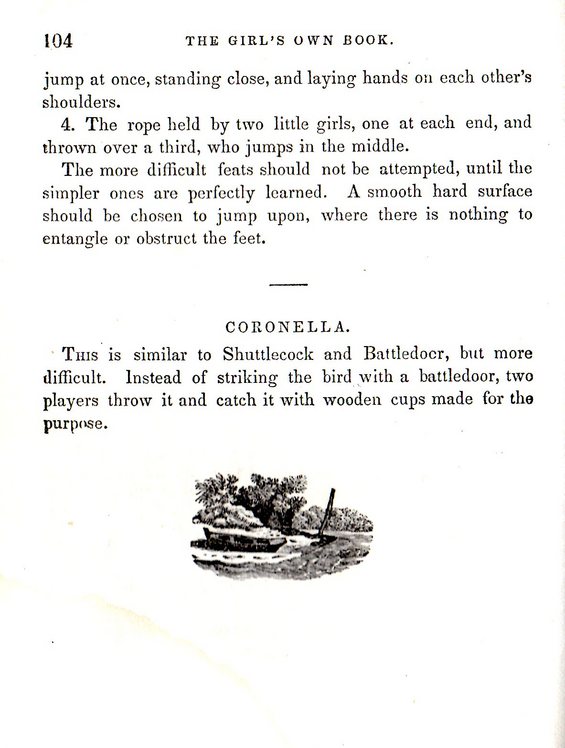 Lydia Maria Child included this selection on how to jump rope in The Girls Own Book, a book published in 1833. Why did girls in early 19th-century America need instructions on how to jump rope? Why did Child's feel the need to caution girls? Ever since boys had first begun to jump through hoops and with ropes on cobblestoned streets in 17th-century Europe, jumping rope had been considered a game not suitable for girls.

By the early 19th century, the emergence of a new gendered ideology that promoted passivity and domesticity appeared to reinforce earlier proscriptions that limited girls' play. Yet the recommendations of antebellum child-rearing advisors suggest that many believed that active play was good for girls. Along with Child, other experts predicted that open-air exercise would improve girls' dexterity, scientific inquiry, patience, diligence, as well as strengthen their characters and rid them of debilitating medical conditions.

In contrast to the innumerable depictions of idealized girls playing passively indoors, real girls engaged in unfettered and vigorous games in fields, rivers, quarries—even cemeteries. Girls' new freedom of movement had been made possible by recent changes in clothing fashions. Girls' shorter dresses ("frocks") enabled them to skate, sled, run, and romp. Yet it was the introduction of "pantalettes" or "pantaloons" (the loose pants worn under dresses seen in this illustration) that enabled girls to make the game of jumping rope their own.

Elsewhere in the U.S. and around the world the game has had different methods and meanings (e.g., Chinese jump rope). In the slave South African-American girls transformed jump rope rhymes originally from Germany and England into ones with more transgressive meanings about slavery's ills.