This website contains more than 400 links to a variety of sources in African history. As the site states, the links provide access to a subset of texts drawn from three broader online sourcebooks—an Ancient History Sourcebook, a Medieval Sourcebook, and a Modern History Sourcebook. The topics covered almost defy categorization, but one can find material on Afrocentrism, ancient African kingdoms, the slave trade, colonial rule, and contemporary African politics. The types of documents vary as much as the topics they cover: links will produce full-text access to 3rd millennium texts from Egypt, maps that detail the advent of Islam in East Africa, narratives produced by freed African slaves, documents from South Africa’s African National Congress (ANC), and pages of links compiled by third parties such as the United States Library of Congress. The site provides broad chronological and geographic coverage, with a particularly impressive list of sources for ancient Egypt and Greek and Roman Africa. It is a gateway to an abundance of information.

The site’s author has done an excellent job of presenting what could otherwise be an overwhelming amount of material, organizing it first chronologically (from general historiographic debates and human origins through contemporary Africa) and within the overall chronology, according to regions or specific countries. Thematically, subheadings include religion, art, mathematics, gender, slavery and the slave trade, European imperialism, and the fight for independence.

The site’s most significant shortcoming is, unfortunately, quite serious: a substantial proportion of the links are broken, producing “page not found” messages and other similar results. [Reviser's Note- As of January 2020, there are more broken links, however the site still reaches a wide variety of sources and the descriptions of broken links could be used as search terms to find more resources.] One additional minor criticism—the quality of the sites is uneven. It is hard to understand why certain links are included—such as those labeled “Considered by most Egyptologists to be not credible” or “unreliable religious site.”

The historiographic debates the site introduces are provocative, but probably of limited use: nonspecialists may lack the broader context in which to interpret the arguments, while Africanists are unlikely to find much new here. Rather, the great strength is in the rich depth of full-text sources the site links to.

One set of images and accompanying text introduces the viewer to the south-central African state known as Great Zimbabwe (ca. 1050-1450). Photographs of stone ruins clearly illustrate the most salient issues a teacher would likely emphasize: the connection between political authority and monumental construction, the concentration of power and people in an early urban setting, and the technical skill of the stone masons who oversaw the building process. The accompanying text is not especially distinguished in its interpretation of the images, but does a respectable job of drawing out these and other issues. The link is a terrific resource for students learning about empires and trade prior to the early modern European expansion or the connections between political power and trade. Great Zimbabwe also makes for a great case study of the relationship between imperialism and Eurocentric views of history. Late 19th- and 20th-century Eurocentric views of a “backward” Africa suggested that Great Zimbabwe’s builders could not have been African, instead seeking to attribute their knowledge and skill to the Phoenicians (among others).

Full-text access to texts related to the slave trade and the anti-slaving movement will be of special interest to teachers in the United States. Excerpts from Olaudah Equiano‘s account of his capture, enslavement, and eventual emancipation take students along the path he followed from West Africa across the Atlantic and back. His words offer a rare window onto the Atlantic slave trade from an African perspective. Approaching the subject from another angle, John Wesley’s “Thoughts on Slavery” offer an important example of the spiritually-based moral condemnation that was so central to the abolition movement.

The link to the ANC’s archives opens up an especially rich and compelling body of sources. Careful navigation will lead a viewer to protest petitions and flyers produced by South African women’s organizations that mobilized nationwide protests against apartheid pass laws in the 1950s. These documents are especially powerful tools for helping students understand how racial capitalism in southern Africa affected women and men differently. Reading African women’s own words of protest is a terrifically powerful lesson in hearing “history from below,” and provides a unique opportunity for students to glimpse the seemingly fearless stance that women took against the increasing ferocity of the apartheid state. That stance took forceful and eloquent forms, such as the protest song that declared, “Now you have touched the women of South Africa / You have struck a rock / You have dislodged a boulder / You will be crushed.”

This website has much to offer. Viewers who delve deeply will find excerpts from Conrad’s Heart of Darkness and Kwame Nkrumah’s I Speak of Freedom. Yet one hopes that the site might be updated, as maintenance or replacement of broken links would restore access to some of the most interesting sources. The site will be most useful to users who have a clear sense of what they are looking for or to those who have time to sort through the great volume of information. 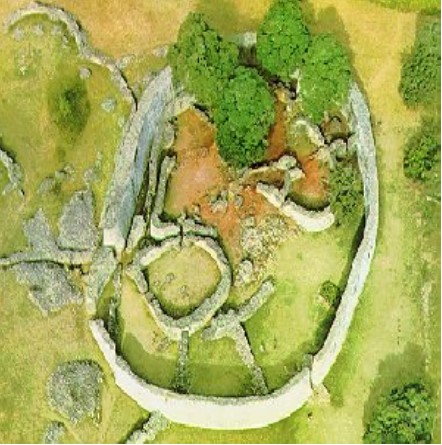 “The site provides broad chronological and geographic coverage, with a particularly impressive list of sources for ancient Egypt and Greek and Roman Africa. It is a gateway to an abundance of information.”