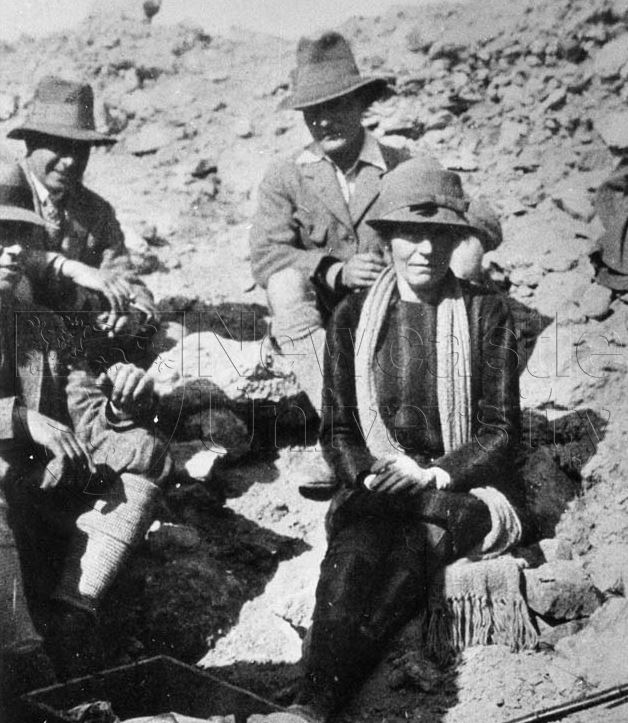 “In the teaching of world history, this site lends itself to exploring both the themes of women travelers and their writing, as well as the timely topic of European intervention in the Middle East, in particular Iraq.”

Gertrude Bell (1868-1926), the subject of this website, was an archaeologist, mountaineer, diplomat of the Middle East, and world traveler. Bell received a first class degree in Modern History from Oxford University at the age of 20, the first woman to do so. She traveled extensively in Europe and the Middle East in the years that followed, established a reputation as a mountaineer in Switzerland, and completed two trips around the world (1897-1898 and 1902-1903).

Bell became increasingly involved in the archaeological and political affairs of the Middle East from the early 20th century. She was recruited by British intelligence during World War I, later serving as a Political Officer and then as Oriental Secretary to the High Commissioner in Baghdad. The only woman invited by Winston Churchill to the Cairo conference of 1921, she was instrumental in drawing the boundary lines of Modern Iraq (with what some would argue were ultimately tragic consequences) and installing Faizel I as king. She also established the Iraq Museum in Baghdad.

The Gertrude Bell Project has undertaken to transcribe and digitize the 600 letters Bell wrote to her parents, her 16 diaries (covering her travels from 1877 to 1919), 7,000 photographs taken between 1900 and 1918, and about 40 packets of miscellaneous documents. The site is easy to navigate and is divided into five sections, a short (400-word) introduction to Gertrude Bell and to the site, a help page that sets out the arrangement of the site, and the three substantive sections of “photos,” “diaries,”’ and “letters.” Photographs are presented in thumbnail size along with their date, location, and description and with notes that indicate whether they are mentioned in Bell’s letters, for example. A zoom function allows sections of the pictures to be enlarged and the clarity is good. A search function is available which can search the entire archive or perform searches limited to diaries, photographs, or letters. There is no advanced search function.

The primary-source base of the site is very large. For those unfamiliar with the life and career of Gertrude Bell, however, there is very little supplementary information, which is a disadvantage. Two biographies of Bell are Desert Queen1 by Janet Wallach and Gertrude Bell2 by H. V. F. Winstone. Bell published notably in her own right (some readers have noted that she was a better writer than her biographers). Edited selections of Gertrude Bell’s letters and diaries have been printed in book form and Bell’s own account of her 1905 trip across Syria, originally published in 1907, has been republished several times, most recently in 2001 as The Desert and the Sown: The Syrian Adventures of the Female Lawrence of Arabia.3

In the teaching of world history, this site lends itself to exploring both the themes of women travelers and their writing, as well as the timely topic of European intervention in the Middle East, in particular Iraq. Bell’s representation of archaeological sites in photographic form is also valuable given that many of these sites have subsequently been destroyed.