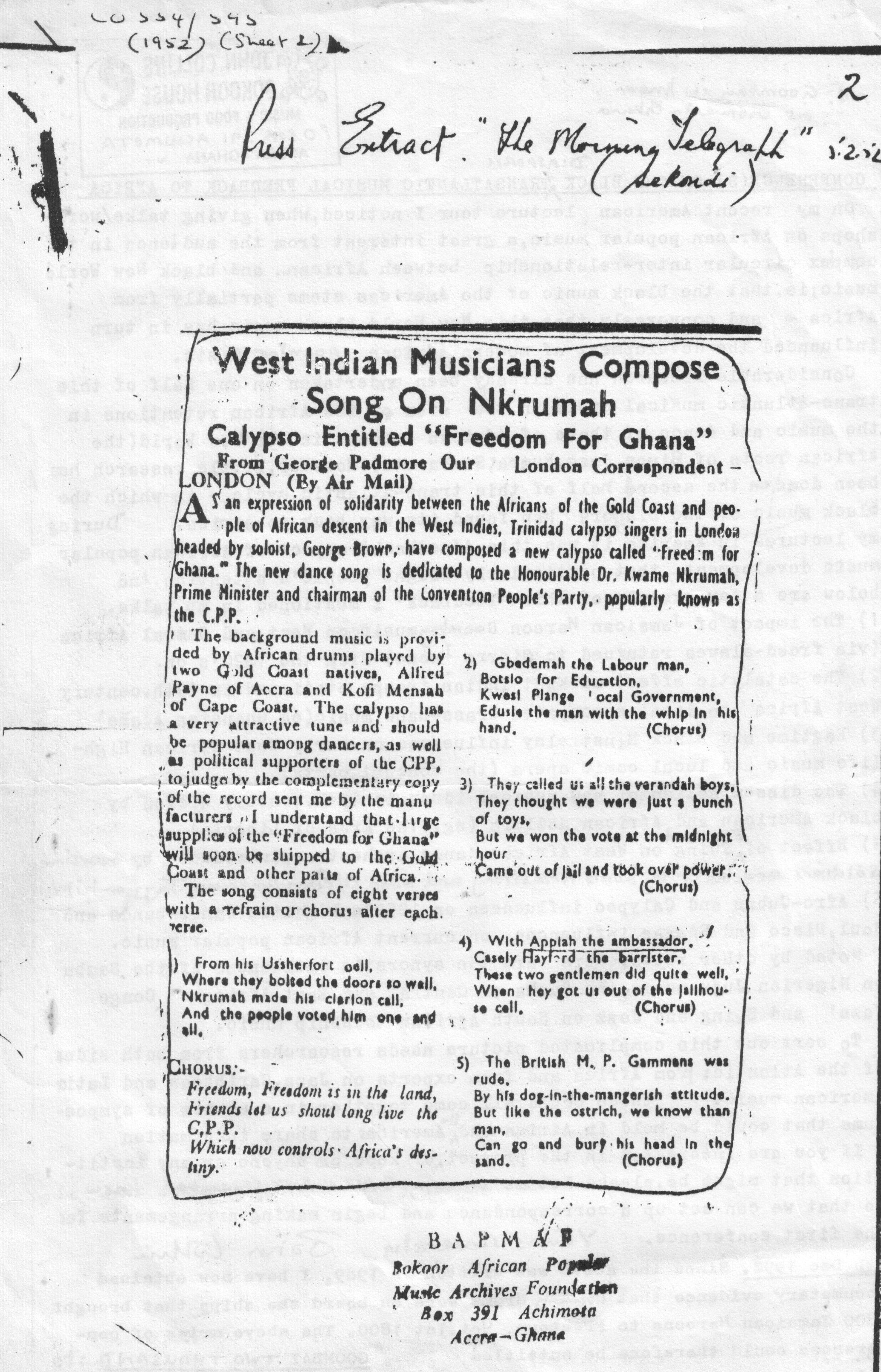 While living in London in the early 1950s, the Trinidadian calypsonian George Browne (whose stage name was Young Tiger) penned a calypso called “Freedom for Ghana” that caught the attention of George Padmore, the Trinidadian pan-Africanist intellectual and journalist, who wrote about it in the Ghanaian newspaper The Morning Telegraph (Sekondi) in this article from February 5, 1952. Browne was joined by two musicians from the Gold Coast, a fairly common occurrence in African diasporic bands popular in London. The song praises the Ghanaian leader Kwame Nkrumah who had been released from jail a year before, following his Convention People’s Party’s (CPP) stunning election victories. Nkrumah had become a symbol of Black Nationalism and pan-Africanism. In addition to informing listeners of some of the key figures in the CPP, the song’s lyrics demonstrate the connection that London-based Trinidadian and Ghanaian musicians felt with the CPP’s efforts in Gold Coast. The first-person pronouns seemingly indicate that, despite being in London, Browne and his bandmates viewed themselves as part of the movement. The line “they called us all the verandah boys” can be interpreted that they considered themselves one with the CPP’s supporters in Gold Coast. Historian Roger Gocking wrote that the term “verandah boys” had been used derisively in the colony to refer to the “farmers, petty traders, drivers, artisans, schoolteachers, clerks and letter writers” and others among the masses that had found themselves out of work and unable to find jobs. Many did not have homes and therefore had to sleep on the verandahs of roadside trading houses. Nkrumah had become so popular in large part due to his travels around the colony where he reached out to these groups among the masses. Therefore, the “verandah boys” lyric would have resonated with those individuals and their families who had experienced unemployment and homelessness.

This source is part of the teaching module on music and decolonization in the Black Atlantic.