Disciplining Children in the Codex Mendoza 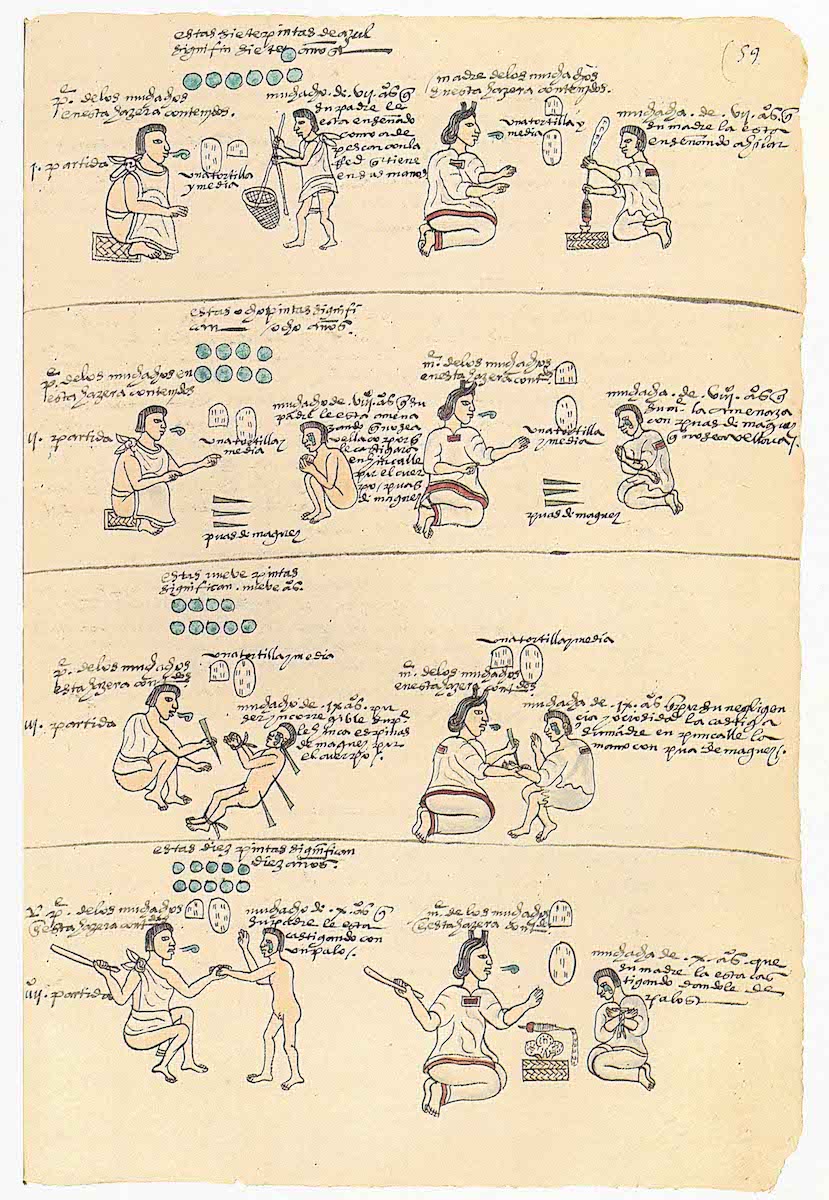 Aztec children were valued creations. Language used in rituals compared infants to precious stones and feathers, flakes of stone, ornaments, or sprouts of plants. The duty of parents and society, however was not to indulge but to socialize the child, so that they would not become "fruitless trees," as an Aztec proverb stated. According to sources written shortly after the Spanish conquest, such as the Codex Mendoza, society placed a high value on conformity, obedience, and decorum. The section of the Codex Mendoza that depicts daily life shows gender-specific punishments used in raising children. The image seems to show a sequence of punishments, first threatening the boy and the girl with three maguey thorns, the spike of the agave plant. In the second image, the woman is administering punishment to the girl by piercing her arm with the maguey thorn; the boy is pierced more severely in the neck, flank, and hip, and he is bound at the wrists and ankles. In the third image, the punishment of striking the child with a stick or rod is being carried out. In each case the image shows the children weeping profusely as the threat or the punishment is administered.

This source is a part of the Codex Mendoza (16th c.) teaching module.

"Disciplining Children in the Codex Mendoza," in World History Commons, https://worldhistorycommons.org/disciplining-children-codex-mendoza [accessed May 21, 2022]