Children in the Slave Trade Table 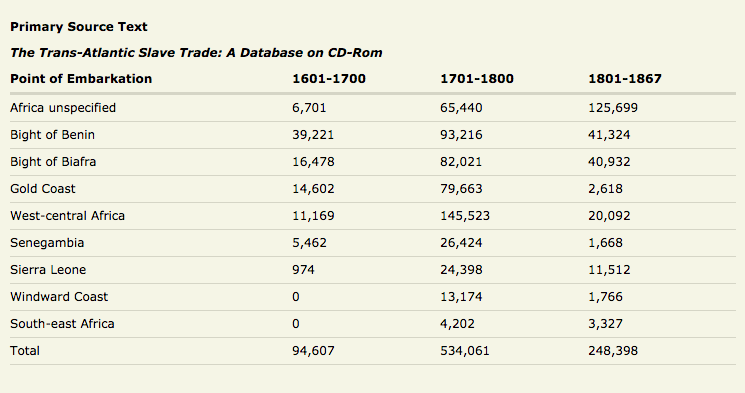 The Trans-Atlantic Slave Trade: A Database on CD-ROM, edited by David Eltis, Stephen D. Behrendt, David Richardson, and Herbert S. Klein, contains the best quantitative evidence to date on the number of Africans sold into the slave trade. A collection of trader inventories, the CD-Rom serves as a searchable database of voyages that took place during from the 16th to 19th centuries. Information on points of embarkation and disembarkation, mortality rates, gender and age, captains and crew, instances of rebellion, and epidemics can all be found in the database. However, one should be aware that the information is not complete and that is drawn from the evidence recorded in slave ship logs by the captain and crew. Therefore, the quantitative data gleaned from such a source should be used carefully.

"Children in the Slave Trade Table," 1999, Children and Youth in History.