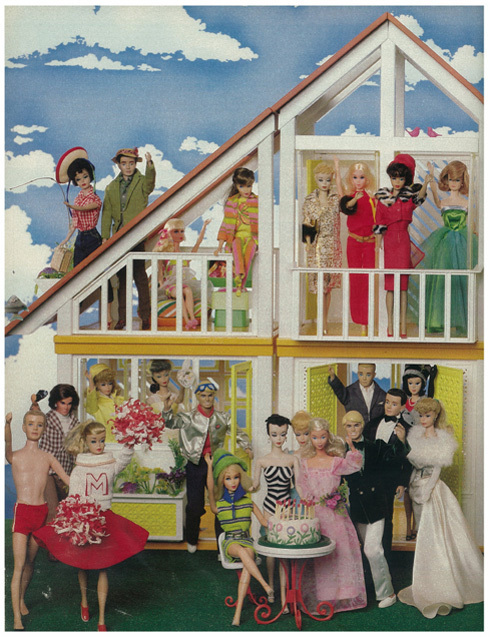 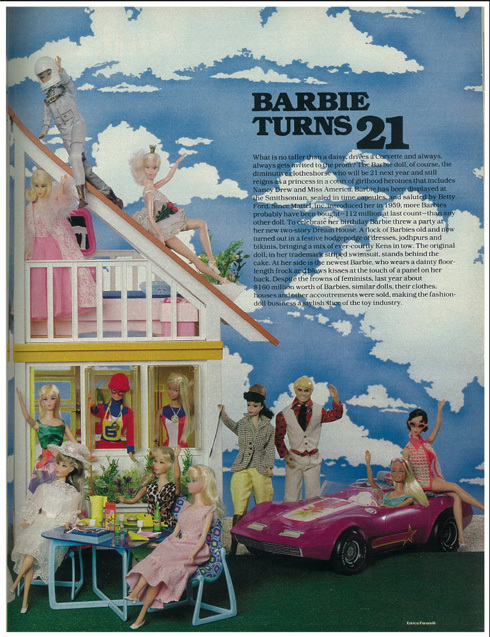 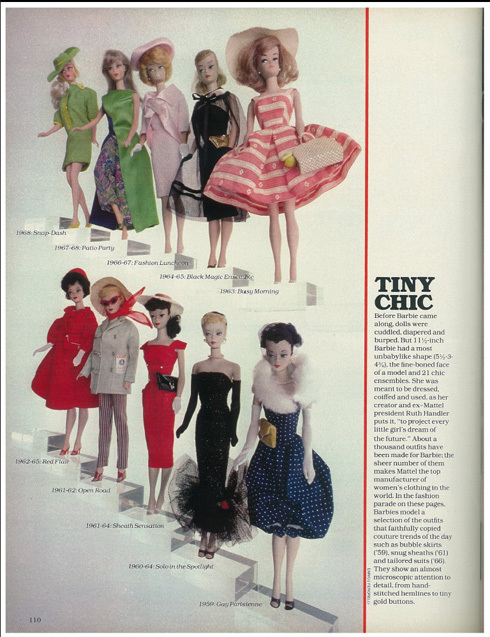 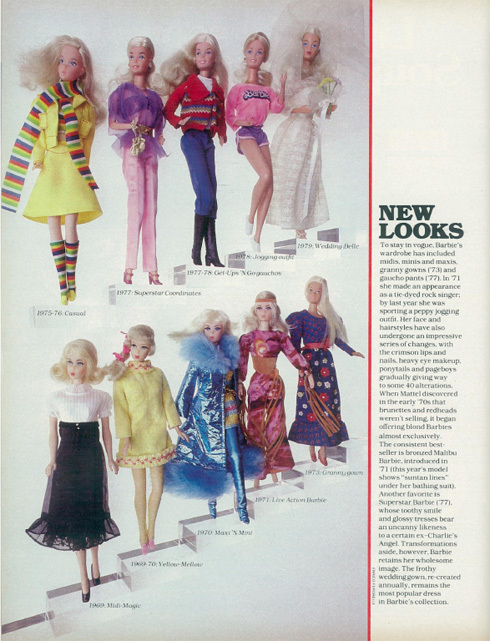 Barbie—who is today the most famous doll in the world—was based on Lilli, a sexy and sassy German doll first produced in 1955. Co-founder of Mattel Inc., Ruth Hander transformed the Teutonic doll from floozy to fashion queen for American girls like her daughter, Barbara, after whom the doll was named. In all other ways, Barbie’s shapely body was nearly indistinguishable from Lilli’s pleasing figure. A decade after Barbie’s debut in 1959, however, Mattel altered her features (e.g., eliminating the arched eyebrows, scarlet cosmetics, sideways glancing eyes) in order to make the teenage fashion model look more youthful and wholesome.

The photographs in "Barbie Turns 21" published in LIFE magazine make it possible to examine Barbie across two transformative decades in the history of American girls and gender. Along with other primary sources, Barbie dolls (including her outfits and accessories) can be "read" or interpreted for what they reveal about the influence of feminism on changing constructions of girlhood between 1959 and 1979.

What meanings can be expressed in a material object? Conduct an analysis of the chronologically arranged Barbies seen here by examining each doll and outfit. What values are embodied in Barbie and encoded in her wardrobe? Are there any cultural contradictions—such as independence v. dependence—embedded in the material culture evidence? In what ways do these ambiguities point to broader ambivalences about changes for girls in postwar America? How does the article’s text support or complicate your understandings?