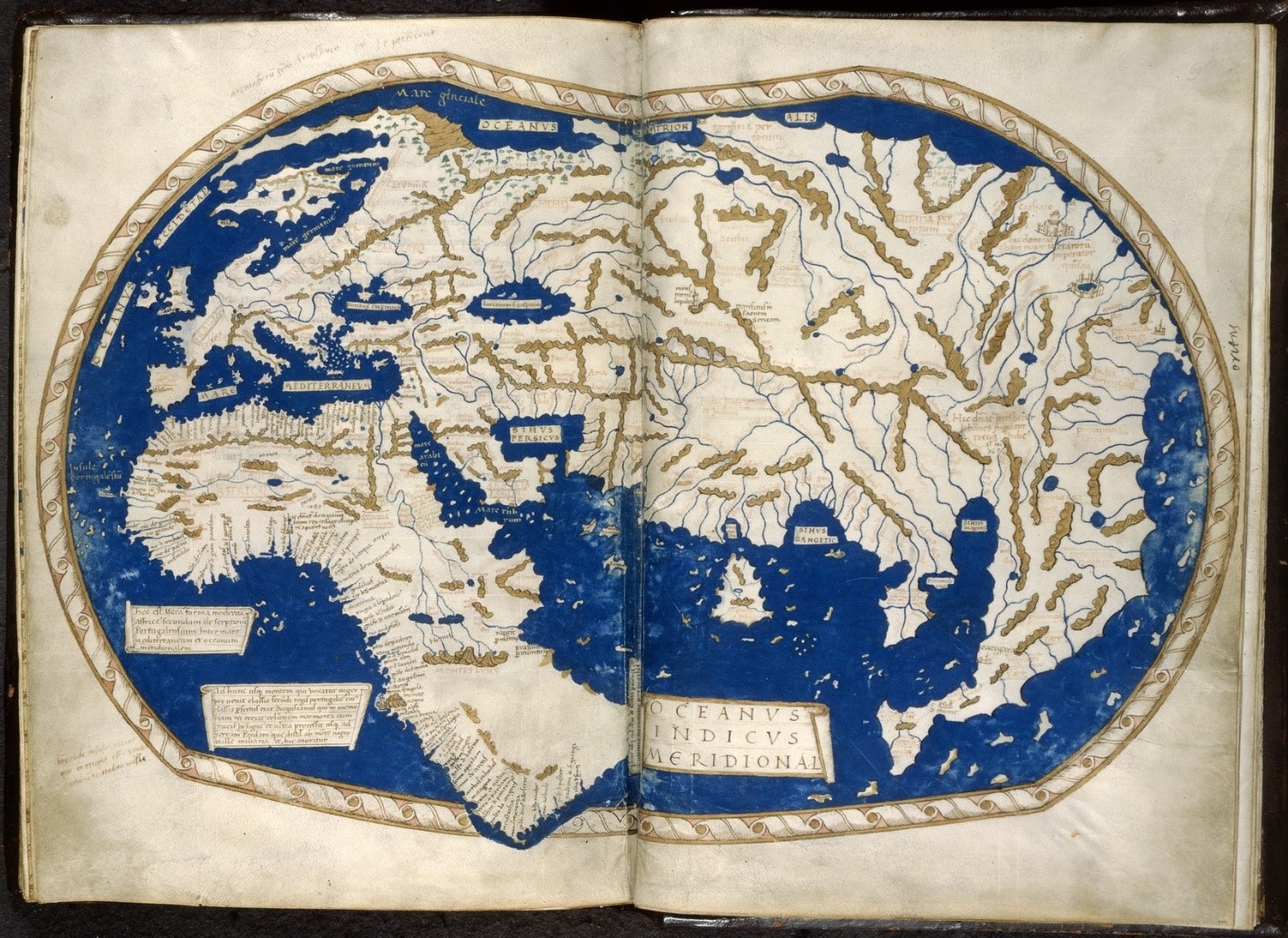 Henricus Martellus was a German geographer and cartographer who worked in the Italian city of Florence from 1480 to 1496. His book of 1490, Insularium Illustratum ("Illustrated Book of Islands"), in which this map appeared, was widely circulated for two reasons. One, Martellus made use of recently rediscovered and translated research of Ptolemy, a Roman geographer, whose use of coordinates to plot all geographic features of which he was aware fit with early modern emphasis on ordered space. Second, Martellus was keen to make use of new information from Portuguese explorations around southern Africa: In his voyage of 1487-88, Bartholomeu Dias had rounded the Cape of Good Hope. The Martellus map, in fact, suggests a hasty modification of its lower left, as well as stating the new fact in one of the map’s legends, that the Indian Ocean was not land-locked. Martellus’s map, with its center in Eurasia and numerous places newly identified along West Africa, reflects a Europe grasping to understand implications of revolutionary information that the Earth might not consist of a single land mass, as medieval cartographers assumed.

This source is a part of the European Maps of the Early Modern World teaching module.