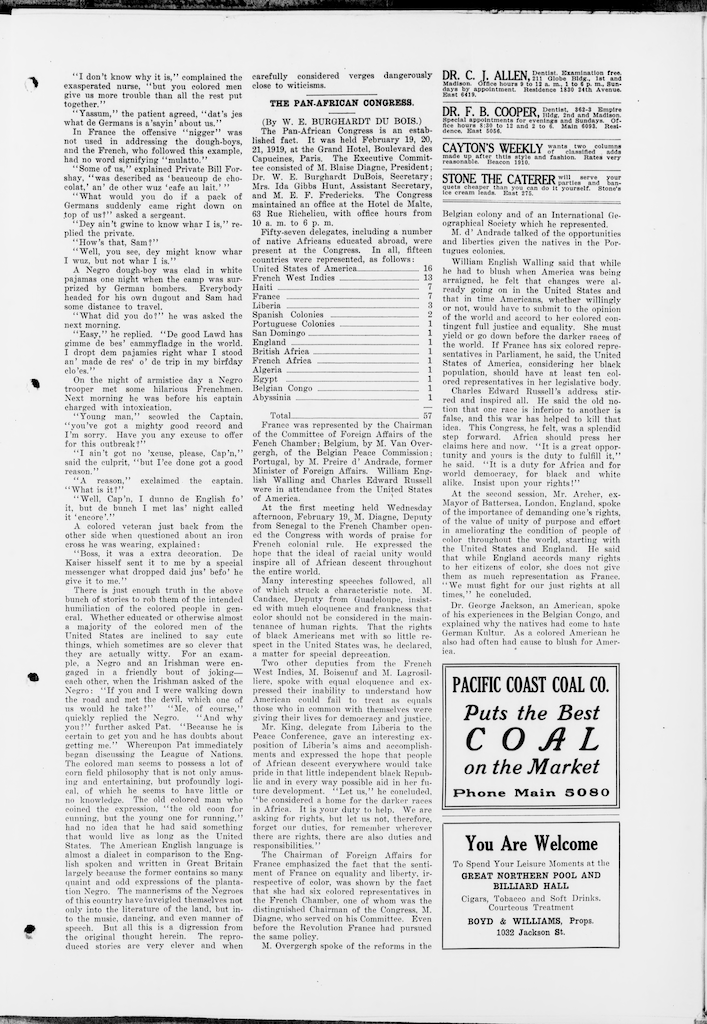 This article comes from Cayton’s Weekly, a historically Black newspaper published in Seattle, Washington. The article, written by W.E.B. Du Bois, offers readers insight into the 1919 Pan-African Congress held in Paris, France. This Congress was comprised of fifty-seven delegates from fifteen nations and European colonial outposts including the United States,  the French West Indies, Haiti, France, Liberia, the Spanish Colonies, Portuguese Colonies, Santo Domingo, England, British Africa, French Africa, Algeria, Egypt, Belgian Congo, and Abyssinia. According to Du Bois, delegates expressed their desire to promote racial unity. Some delegates also utilized a human rights discourse, to challenge the legitimacy of racial inequality while the delegate from Liberia presented his country as an example for the rest of the world of a Black republic. France’s Chairman of Foreign Affairs pointed to the fact that France had six chamber members that were persons of color as proof that France was committed to liberty and equality regardless of race. This is contrasted with other white hegemonic states such as Britain and the United States who, despite racial diversity within their populations, lack diversity in government. Several delegates also make reference to the need to people of color to assert and claim rights.

This source is part of the source collection on the Pan-African movement's activism against the global color line.