The Voyages and Adventures of Ferdinand Mendez Pinto 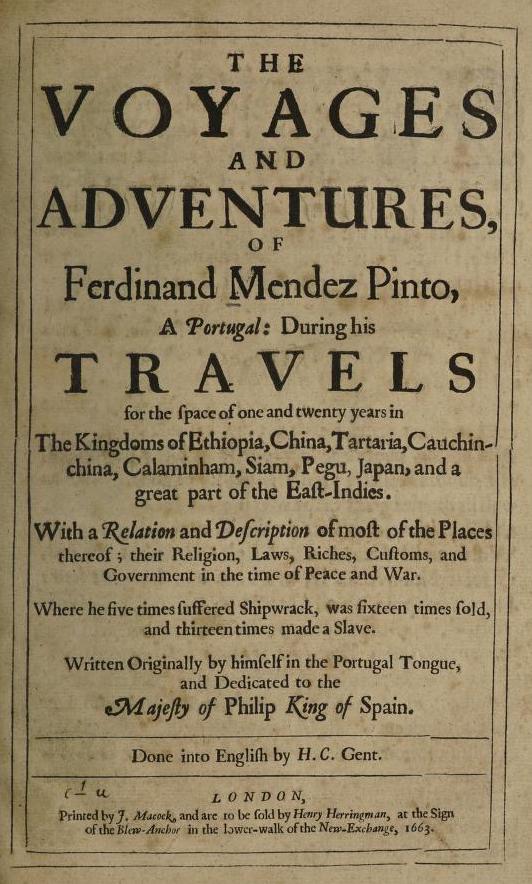 One of the most important results of the early modern period was the spread of European culture generally, and Christian religion particularly, throughout the globe. The selection below, taken from the diaries of Mendez Pinto, a Portuguese sailor captured by the Chinese, illustrates the early stages of contact between Europe and the East. Pinto was shipwrecked around 1537, and landed in the Chinese town of Sempitay. There he encountered Inez de Leyria, a Chinese Christian of Eurasian ancestry, who boldly approached him as a fellow Christian. The episode demonstrates that unofficial channels of Christianization—most likely through the Silk Road—were available prior to 1580, when the Jesuits were granted official permission to enter China, the most powerful state in the world at the time. The excerpt also shows that women played a crucial role in this early transmission of European culture in Asia. Moreover, we learn that, in contrast to Confucian mores which excluded women from major public roles, Christianity offered de Leyria a leadership role in the local community, as well as ties to a larger global identity.

This source is a part of the Women in the Early Modern World, 1500-1800 teaching module and the Primer: Transnational History methods module.