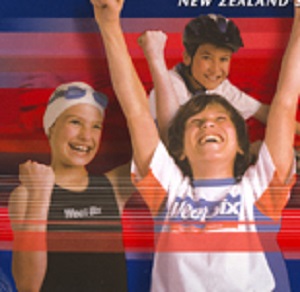 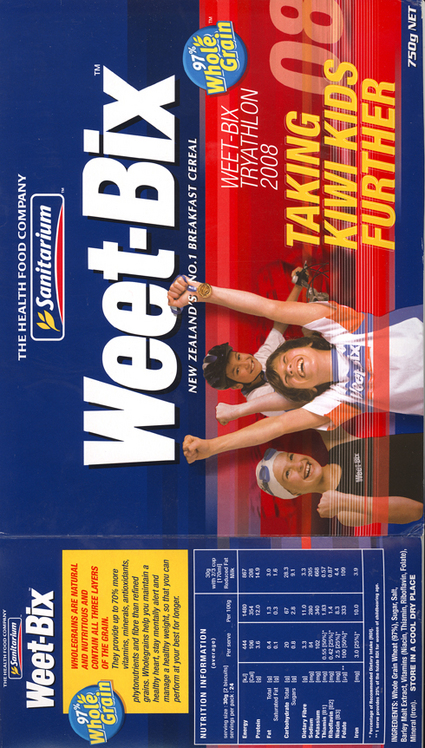 The only such product endorsed by world famous mountaineer and humanitarian, Sir Edmund Hillary, Sanitarium's sugar-free wholegrain wheat biscuit, Weet-Bix, has long been the country's most preferred breakfast cereal. Since 1992, the company has actively sought to promote children's sport, holding Tryathlons (the spelling is deliberate) at 11 centers throughout the country. (See http://www.sanitarium.co.nz/). Taking this source as an example of targeting the child as consumer, students might explore a range of contemporary and historical advertisements in relation to food, clothing, toys, sports, and entertainment options. Examples from early 20th-century newspapers, http://paperspast.natlib.govt.nz, tend to appeal to adults purchasing for children's needs or interests. In the later decades of the 20th century, however, the advertising is generally focused on youth as consumers, with younger children often "conditioned" by television jingles and images to make requests for goods and services (as in the case of fast food outlets). Ethical issues relating to advertising may also be discussed.

In the 19th and early 20th centuries, there were obvious links between essential life skills and sporting pursuits, such as horse riding, fishing, hunting, running, walking, and cycling. High levels of physical activity were also connected with routine domestic chores, especially scrubbing and clothes washing. Being overweight was not a common problem. Fast foods scarcely existed save for fish and chips, popularly purchased on Fridays. Most meals were prepared at home; few Maori or Pakeha families were without access to a productive vegetable garden, neighborhood poultry, and fruit trees. Fish, fresh or smoked, was commonly eaten; lamb and beef were cheap and readily available, given the country's economic dependence on outdoor livestock farming. Diets were strongly seasonal, relatively free of preservatives and additives and, until the 1960s, most New Zealand children grew up with some basic knowledge of cooking. Urbanization, smaller housing sections, more married women in the workforce, and the rapid expansion of fast food outlets in the later decades of the 20th century, all contributed to significant changes in diets, those of low-income earners especially.

This source is a part of the New Zealand Childhoods (18th–20th c.) teaching module.