Remarks on Chinese Character and Customs 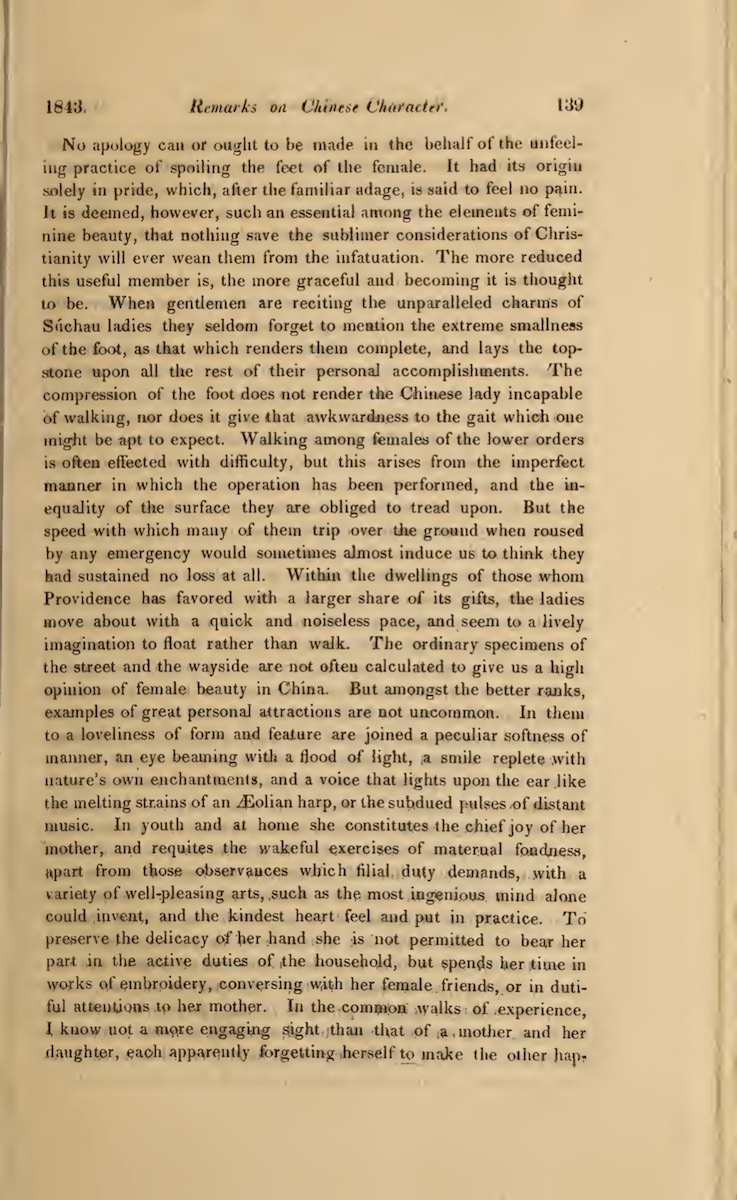 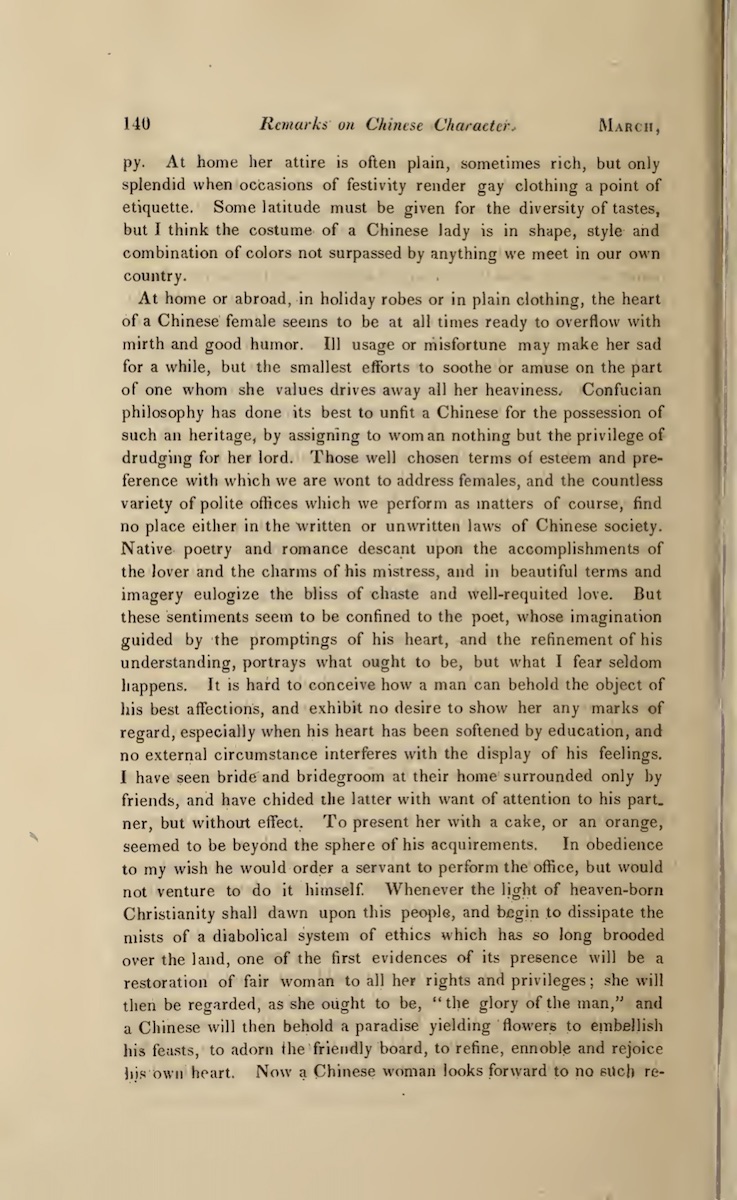 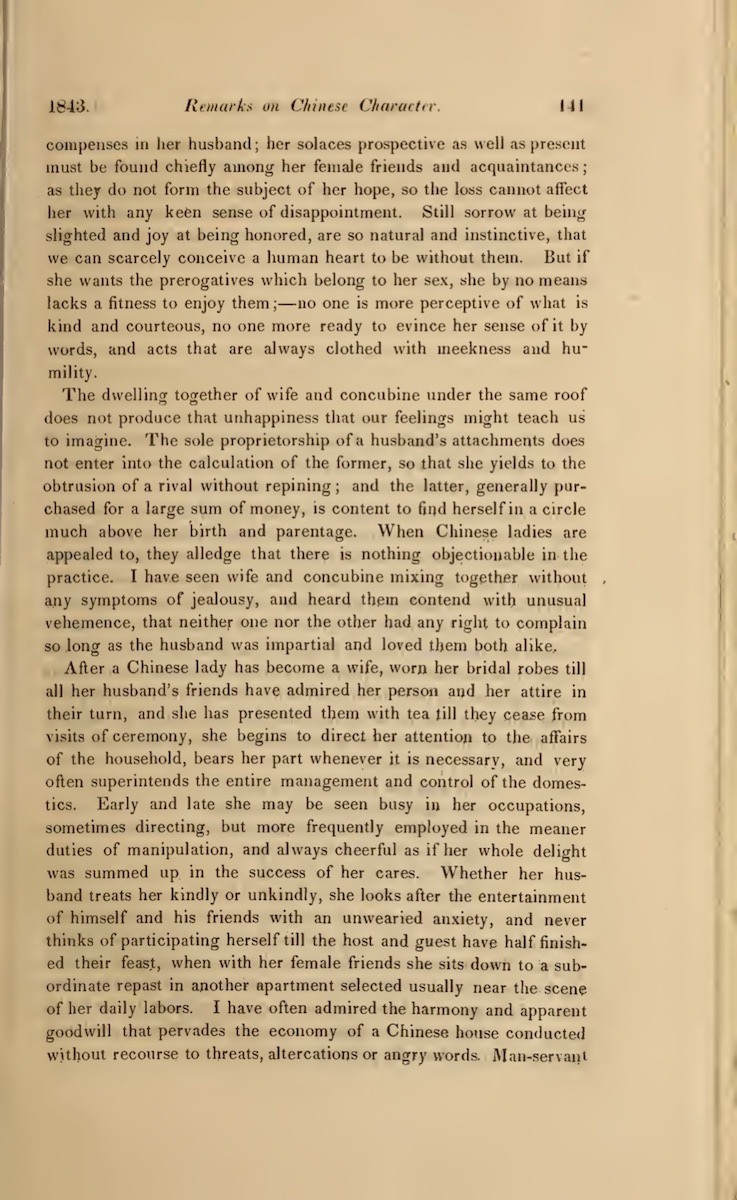 This article was published in a Protestant missionary journal, based in Canton, that operated from 1832 until 1851. Its readership included both the foreigners living in Canton and home religious communities in Britain and the United States. It is worthwhile noting that the title of the article places the author in the position of knowledgeable observer, thereby rendering his comments both “factual” and honest. The author maintains a sympathetic attitude towards Chinese women, citing their beauty and charm, yet paints them as victims of insensitive males and an oppressive culture, presuming an invisible sorrow shared by all women in China. Confucianism is named as the primary offender, and Christian conversion the sole savior. One may presume that this portrayal of delicate Chinese women as victims of brutish Confucianism helped to excite enthusiasm for the missionary cause in China both at home and abroad.

This source is a part of the Western Views of Chinese Women teaching module.