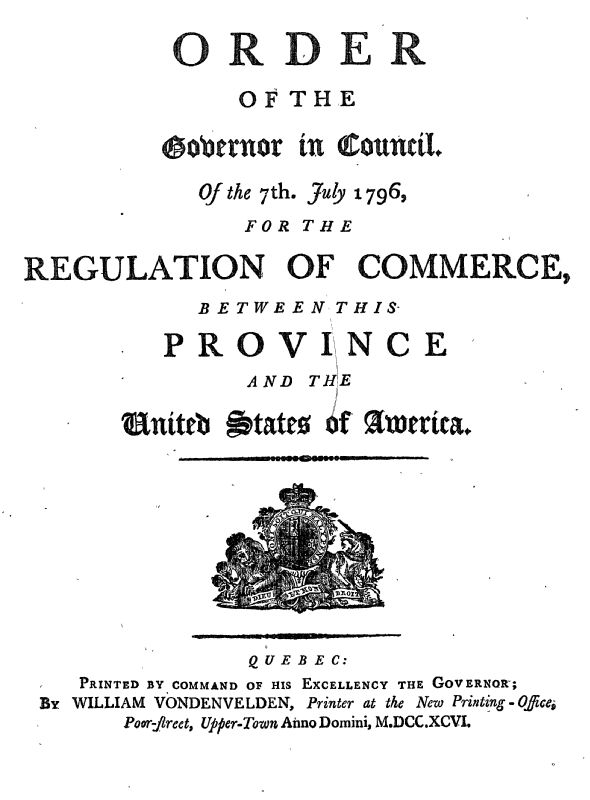 Only a few years after the ratification of the United States Constitution in 1788 and following the peace treaty signed between the U.S. and the British in 1794, the Governor in Council of British-controlled Lower-Canada, Guy Carleton, passed an act meant to regulate commerce between the province and the new country. The act, known as the Quebec order, first establishes free trade between British Canada and the U.S. “for the purposes of Commerce” per the terms of the 1794 treaty, and then ensures the free access of inhabitants of the United States to Lower-Canada, including free navigation of all “Lakes, Rivers and waters thereof.” The order outlines the prohibition of certain goods, duties and tariffs applied to merchandise and vessels, and the rules of customs, among many other things. The Quebec order acknowledges the free movement of American Indians across the new border between the U.S. and Lower-Canada, and also exempts them from many of the restrictions and fees set on U.S. citizens. The Quebec order exemplifies the complexities of an international trade that involved not just Europeans, but Indigenous nations as well.