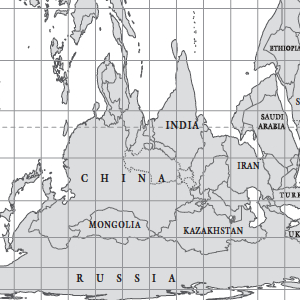 World history is the study of the past at the global level. World historians use a wide spatial lens, though they do not always take the entire world as their unit of analysis. They tend to de-emphasize individual nations or civilizations, and focus instead on regions defined differently, including zones of interaction, or on the ways in which people, goods, and ideas moved across regions through migration, conquest, and trade. Most world historians think that history should be studied on a range of chronological and spatial scales, including, but not limited to, very large ones. They often set the history of one time and place against other circumstances. Some world history has a narrow temporal framework, examining developments around the world in a single decade or even a single year. Other historians use an expanded time frame, beginning with the Big Bang to examine history on a cosmic scale. Histories of single commodities such as salt, sugar, or silver can be world history, as can those of single individuals, organizations, or ideas.