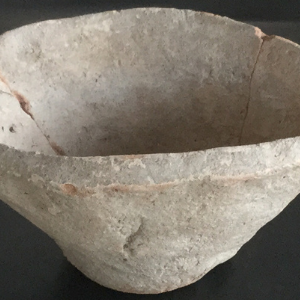 The main point in discussing bevel-rimmed bowls in the classroom is that artifacts are as useful as texts in researching ancient societies. For the text-based historian, history begins with writing, and preliterate societies are by definition “pre-historical.” The first written texts recorded payments to individuals, payments that were probably given in BRBs, and the bowls tell us as much about the system as the receipts. BRBs are a way to introduce students to the most basic kind of field archaeology, based on identifying common pottery types, not simply reviewing the occasional gold treasure or masterpiece. The primary sources referenced in this module can be viewed in the Primary Sources folder below. Click on the images or text for more information about the source.