Newspaper Report on the Fourth Pan-African Congress Meeting in 1927 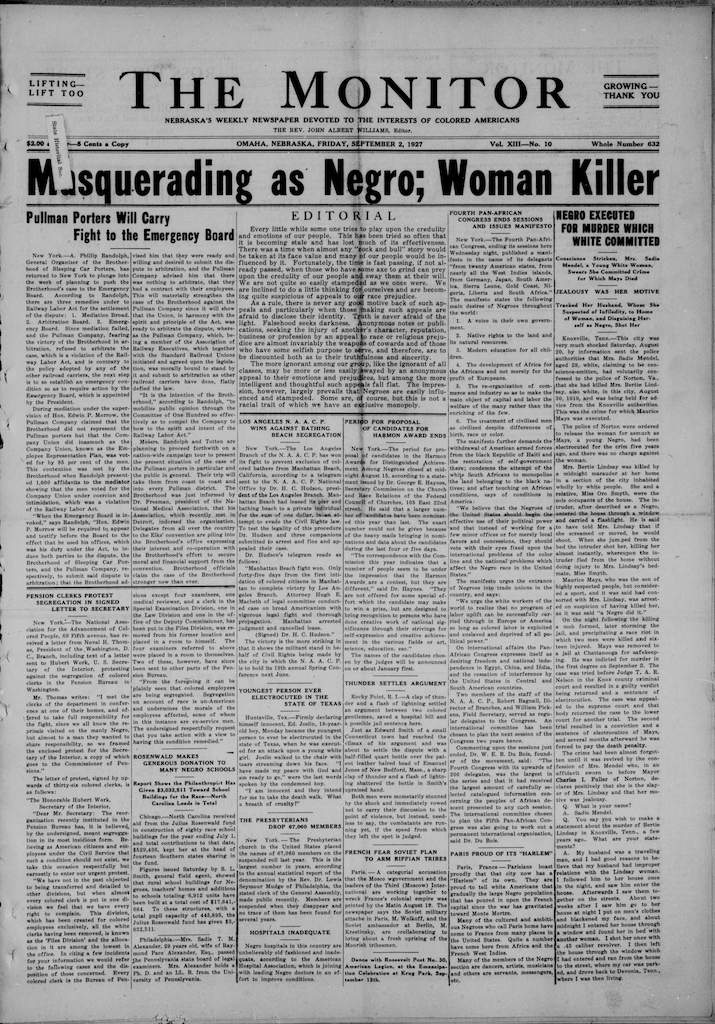 This article comes from The Monitor, a historically African American newspaper published in Omaha, Nebraska. The article offers readers insight into the fourth Pan-African Congress meeting held in 1927 in New York City. According to the article, this meeting comprised of delegates from twenty states,  the West Indies, South America, South Africa, Japan, Germany, the Gold Coast, Nigeria, Liberia, and Sierra Leone, resulted in the publication of a manifesto. This manifesto called for Black people to have a larger presence in government, for “native rights to the land and its natural resources,” “modern education for all children,” “the development of Africa for the Africans and not merely for the profit of the Europeans,” “the re-organization of commerce and industry so as to make the main object of capital and labor the welfare of the many rather than the enrichment of the few,” and “the treatment of civilized men as civilized despite differences of birth race or color.”  The article also notes that members of this Congress argued that the United States should remove its troops for Haiti, criticized white South Africans for settling onto lands occupies by Black South African Natives, and advocated for “the cessation of interference by the United States in Central and South African countries. Connecting the fate of Black Americans to other people of African descent around the world, the Congress further noted that Black Americans should focus on “the international problems of the color line.” Members also expressed support for national independence for Egypt, China, and India thus further demonstrating a critique of colonialism.  Members of the Pan African Congress also declared themselves in favor of Black Americans joining trade unions.

This source is part of the source collection on the Pan-African movement's activism against the global color line.